Links to Love: Jennifer Lawrence is the New Miss Dior

Posted by Kaitlyn on 7:23 AM in Chinea Rodriguez Fashion Fashion News | Comments : 0 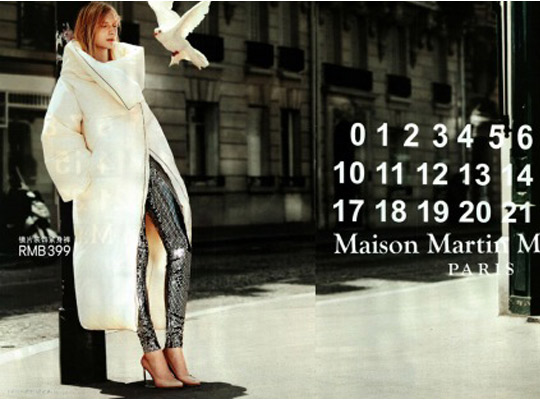 The blogosphere was buzzing with the release of the Maison Martin Margiela x H&M collab ads. Interestingly enough the collab doesn’t skimp on the avant garde silhouettes the brand is known for -- there's an oversized coat, a coat that looks like a blanket and more. This collab is one of many that the fast fashion chain has done recently... Versace, Marni and editor Anna Dello Russo are all recent collaborators. The line hit stores November 8th! [Highsnobette]

Taylor Swift teamed up with Keds to create limited edition cherry red kicks that were released with her album "Red." So you’ll have something cute to wear while you’re jumping around singing into your hairbrush to her new album. [Glamour]

And actress Amy Adams stars in the dreamy Boy by Band of Outsiders lookbook, which is full of some serious wardrobe and hair inspiration. [Glamour]

Actress Jennifer Lawrence has been chosen as the face of Miss Dior, following actress Mila Kunis. Also, here’s a first look at Lawrence as Katniss on the set of the "Hunger Games" sequel. [People, E! Online]

And an interesting article for those of you who want to go in the magazine, marketing or PR industry, Fashionista looks into why so many magazine editors are going to work at retail brands. [Fashionista]