Has Social Media Taken Over Your Life? 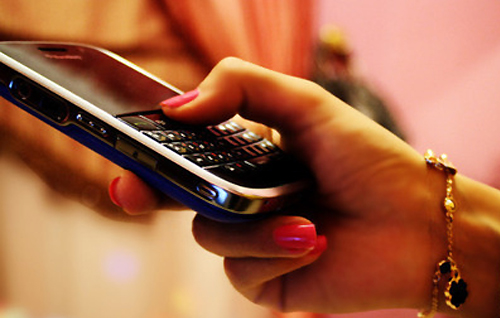 These days, a romantic relationship isn’t considered “official” until it’s “Facebook official.” What were once just words on a screen now have a life of their own. Everywhere we go in our daily lives, we see posters and advertisements splattered with logos for social networking sites and hashtag slogans. Whether we want to admit it or not, sites like Twitter, Facebook and any of the other various social media platforms have become a very large part of our lives.


Is this a good thing or a bad thing, though? Something as simple as a text message can be of massive importance to the relationship between two people. A message sent to the wrong person holds the potential to make or break the connection individuals have with one another. Things like texting and social media have become far more than a tool of convenience -- they’re tools of necessity!

It all raises the question: Has social media become too large a part of our lives?

This is something that is subject to much debate. Some people get away with minimal interaction via Facebook, Twitter, etc., but our generation is stuck in something of a tight spot. Since we practically grew up with technology evolving so rapidly around us, it’s almost like we’re expected to be social media-savvy. Hailey, 17, put it very bluntly: “Social media is no longer a part of our lives -- it is our lives.” 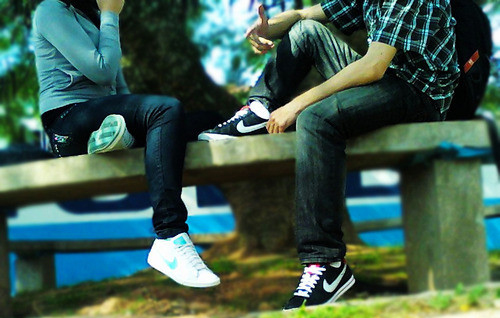 Has this affected the way we treat each other in negative ways? Hailey also noted that “communication was much more sincere before social networking sites,” and this is probably true -- to some extent. Before, we didn’t have the option to be wired together so instantaneously like we do now with cell phones and an internet connection. We couldn’t act on random impulses and hit “send” like so many teens and young adults make the mistake of doing. Not a lot of thought is put into these digital interactions, and, as a result, interpersonal relationships have suffered accordingly.

Another thing to keep in mind about social networking sites is the position of vulnerability it places its users in if they’re not careful about privacy settings. Kevin, 20, gave some food for thought: “Putting something on Facebook can change not just the way future employers look at you, but also colleges.” One doesn’t need to search very far on the internet to encounter tales of social media gone sour. All it takes is one photo of an underage individual at a party with copious amounts of alcohol to land in trouble. However, there is an easy fix for this problem -- simply don’t take pictures, or keep an eye on who sees what when it comes to your pages.

“Everything is circumstantial,” Hailey said. “If I don’t want my business posted on Facebook, I know not to post about it ... social networking sites have given us the power to be as private or as public as we need to be.” 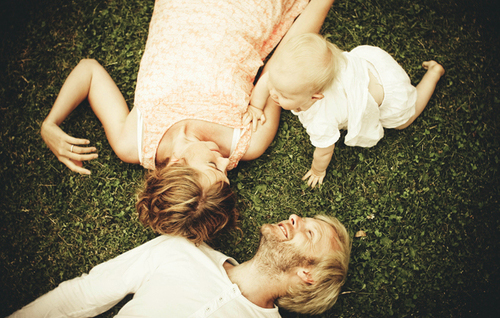 Of course, a great deal of good can come out of networking sites as well. Before our time, something like FaceTime or Skype would have seemed like an impossible feat of technology. Now, it’s so commonplace that we aren’t at all marveled by the idea of being able to talk to someone “face to face” even though you’re miles away!

Charles, 18, brought up a good point about the barrier our digital mediums put between us, and how this can sometimes be a good thing. “People are emboldened by non-face-to-face conversation,” he said. “They will say things they normally wouldn’t and this can actually be positive. For example, I have anxiety when talking to certain people in person, but texts and messages make it much more comfortable.”

Hailey sees social media in a positive light when it comes to keeping up with family members who she can’t see very often due to long distance. “I can see pictures of my little cousin that lives four hours away walking for the first time, when I wouldn’t have even been able to keep up with her age previously.” So, social media definitely has the potential to be very beneficial when there is distance between two people and there just isn’t enough time in the day to make room for a phone call. By updating statuses/uploading photos or tweeting about things, it allows everyone you’re connected with to keep up with your life, and vice versa.

Because there are so many nifty gadgets out there for phones/computers, social media can be utilized to accomplish small productivity tasks. Kevin said that “Facebook helps [him] schedule things, especially in college ... it helps me keep up with events because I check it frequently.” There are many small things that these sites are capable of that start off as comforts and quickly become requirements, primarily due to social media’s addictive nature.

No matter what you think of social media sites and networking in general, one thing is for sure: It has definitely become a part of our world now. Luckily, humans are very adaptable creatures and with the invention of the next biggest thing will come a new era that we will morph our lives to fit into. For better or for worse, for Twitter or for Facebook, we are living in a world more connected to each other than we have ever known.