Book Review: Such A Rush by Jennifer Echols 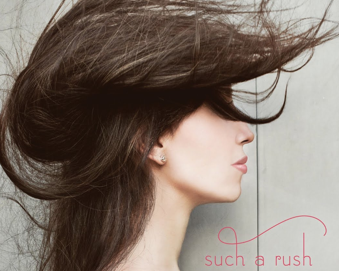 Jennifer Echols’ new book “Such A Rush” definitely gives readers a complete rush while reading the novel! The book centers on the tough life of high school senior and aviation enthusiast Leah Jones who feels like she’s hit the jackpot when Mr. Hall (her flying instructor) hires her to fly planes for his banner advertising business. Leah is stoked because not only is she given the chance to live her dreams and fly airplanes all day long (and get paid for it!), but she also is escaping her dark, depressing life on the land below with her careless trailer park mother.

Unfortunately for Leah, her dream was short lived ... after her beloved flying instructor/employer died, Leah’s new job and aviation career went into serious jeopardy. Even though Alec and Grayson, Mr. Hall’s sons, wanted to keep the business going, Leah didn’t feel the same comfort she had under Mr. Hall’s leadership. What’s more, Leah is torn between her lifelong crush on Grayson and her conscience, which is telling her there is no point getting involved in the failing business. Like many young adults, Leah faces an extremely difficult decision, but ultimately decides that planes mean too much to her to give up now.

However, Leah’s choice suddenly seems fatal when her old crush Grayson decides that if he blackmails Leah he’ll get what he wants -- and what exactly is that? For Leah to fly ... and keep flying, or something terrible could happen to Alec. As Leah digs herself deeper and deeper into trouble with Grayson, her simplest desires seem to rocket higher and higher into the sky. Torn between her head and her heart, Leah has to make some of the most important choices of her entire life. The only question left is will she make the right ones? Read Jennifer’s amazing new book to find out!

Leah Jones is the kind of character any reader enjoys following because her life isn’t easy, but she doesn’t give up. Leah’s determination is inspiring and a true testament to the power of young women! Even Jennifer Echols admitted to feeling proud about her character’s choice: “Near the end of the book, Leah makes a bad decision out of anger, then reverses herself with disastrous consequences. But that reversal took an enormous amount of strength and self-confidence, and it was a stand she wouldn’t have been able to take at the beginning of the story.”

Jennifer put in over a year’s worth of work into “Such A Rush” and says that the novel changed a lot throughout the writing process. As a writer, Jennifer had a lot of meetings with her editor about adding chapters, changing the title, giving more background details, etc., but it definitely paid off: “It takes a long time for a book to be published. For me, it’s usually a year or more between the time I turn a book in and the time it comes out. I’m doing revisions and reviewing copyedits on one book while I’m writing another, and it can get difficult to focus.”

Read on for more from Jennifer Echols in College Gloss’s interview with her... 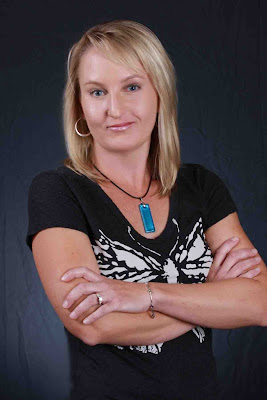 What inspired you to become an author?
JE: My grandmother was a writer. She was unsuccessful at getting published, but she showed me that everyday people I knew could pursue the arts. That laid the groundwork.

But I think most authors will say their inspiration was a book they read when they were young. As a child, I loved reading. In middle school, my favorite authors were Judy Blume, Beverly Cleary and Lois Duncan. But it was “Can You Sue Your Parents for Malpractice?” by Paula Danziger that made all the bells go off in my head because it was sexy (as novels about eighth and ninth graders go) and absolutely hilarious. It was so perfect, so in line with what I hadn’t even realized I wanted from a book, that I could hardly believe she had gotten away with it. I wanted to be this author.

What is your advice for other girls interested in writing who may wish to publish a novel?
JE: Write one! If you need motivation, a writing community and a specific goal, I highly recommend participating in National Novel Writing Month in November. Their website is at nanowrimo.org. Founder Chris Baty’s book “No Plot? No Problem!: A Low-Stress, High-Velocity Guide to Writing a Novel in 30 Days” will get you ready.

What inspired you to write “Such A Rush?” What made you want to write about aviation?
JE: My father is a pilot, and on a beach vacation a couple of years ago, we went to the tiny airport to watch the banner planes take off and land. When he told me that the banner pilots were very young because they were trying to accumulate hours to become airline pilots later, I was instantly intrigued. As a YA (young adult) author, I’m always on the lookout for a situation in which very young adults are put in situations of responsibility that they’re not quite ready to handle. That makes a great story.

What kind of connection do you want readers to have with the main character Leah Jones?
JE: I hope that even if readers see themselves as very different from Leah -- growing up in a more stable household, with no interest in aviation -- they understand where she’s coming from and why she wants to fly so desperately that she’ll give up just about anything.

Was it difficult coming up with a title for the novel? What other titles were you considering?
JE: At first it was called “Free Falling,” but that sounded a bit depressing. When I came up with the title “Such A Rush” instead, I think my editor was relieved.

Did you find any chapters of the book particularly difficult to write? Why?
JE: When I turned the book in, it started with what’s now Chapter 2. My editor asked me to add Chapter 1 so we’d have more background on Leah. She actually asked me to add a lot more than that. I thought we were getting too far away from the love story between Leah and Grayson, so we negotiated. That sounds like a simple process until you picture me, stumped and agonizing. But in the end, I think it turned out great.

What is one thing your readers don’t know about what it was like to write “Such A Rush?”
JE: It takes a long time for a book to be published. For me, it’s usually a year or more between the time I turn a book in and the time it comes out. I’m doing revisions and reviewing copyedits on one book while I’m writing another, and it can get difficult to focus. Right now I’m finishing a novel called “Dirty Little Secret,” which will be out in July 2013. I’m totally immersed in that book -- or trying to be! So when book bloggers ask me to fill out an interview in the voice of Leah or Grayson from “Such A Rush,” I just can’t do it. I was there a year ago, and now I’m not.

What is the most rewarding/redeeming thing about being an author?
JE: I love to write novels, and now I get to concentrate on that every day. In my opinion, that’s the only reason to be a novelist. Most writers don’t make a huge pot of money, so if you don’t love to write, the struggle isn’t worth it.

What are your future goals as an author?
JE: It would be great to be a New York Times bestseller or to win a RITA, the top award for romance novelists. But to me, those milestones are really vehicles to get the word out about my books, increase my sales, and therefore, allow me to write more books. All I ever wanted was to do this as a living, and if I could just continue in this job, I would be happy.

What is one thing you want readers to take away from “Such A Rush?”
JE: I have written YA romantic dramas like “Such A Rush” and YA romantic comedies, and my adult romantic comedies will debut next February. But the one thing all my books have in common is that the heroine is a doer, not a watcher. These ladies get out there and participate in activities they love and make things happen in their worlds. That’s my wish for all of my readers.

If you’re looking for a thrilling read as you head back to school or sit in your dorm, apartment or house bored during syllabus week, Jennifer Echols’s new book should be your go-to! Filled with suspense, adventure, romance and friendship, this is a book any girl would enjoy. The greatest part about this book? It does exactly as the title says: it gives you such a rush!