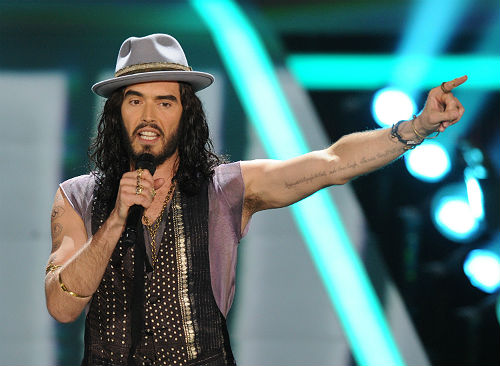 On June 3rd, at 9 p.m. sharp, MTV aired their annual Movie Awards to celebrate the achievements of cinema sensations over the past year. The awards began with a welcome from this year’s host, the ever-raunchy Russell Brand. Of course, Russell started the night off by bringing up controversial issues like his failed marriage with Katy Perry, Charlie Sheen’s mental breakdown and Kim Kardashian’s sex tape. His monologues were inevitably a bit hard to understand between the thick accent and the bleeps for his crude language. 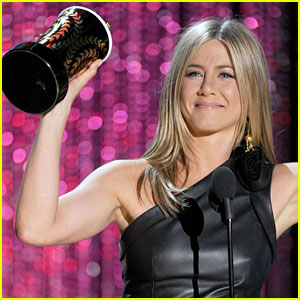 The first award of the night, Best On-Screen Dirtbag, went to a well-deserving Jennifer Aniston for her performance in Horrible Bosses as a sex-crazed dentist who doesn’t believe in the term “sexual harassment.” Shailene Woodley took home the next award for Best Breakthrough Performance for her role in The Descendants.

The unstable Charlie Sheen surprisingly took to the stage to present the award for Cult Classic, stating his numerous qualifications to present this “party award,” which went to Project X.

Johnny Depp took home the MTV Generation Award for his many accomplishments on the big screen over the years.

Team Harry Potter took home the award for Best Cast, the movie’s first win of the night, which Emma Watson accepted graciously on behalf of herself and all of her co-stars.

A new award, the Trailblazer award, was debuted as it was presented to Emma Stone. The teary-eyed actress accepted her award with the utmost gratitude, proving that anyone can blaze a trail with the right determination.

Christian Bale and co-stars of the upcoming film The Dark Knight Rises presented a sneak peek at the final Batman installment, an action-packed few minutes leaving viewers with chills.

For what seems like the millionth year in a row, the Twilight saga stars Kristen Stewart and Robert Pattinson took home the award for Best Kiss for The Twilight Saga: Breaking Dawn Part 1. The ever-awkward Kristen Stewart flew solo, accepting the award, having a fake make-out session with herself to make up for Rob’s absence. The night wrapped up with the most prestigious award, Movie of the Year, which went to The Twilight Saga: Breaking Dawn Part 1.

The Movie Awards also featured excellent musical performances by fun. featuring Janelle Monae, Wiz Khalifa and The Black Keys featuring Johnny Depp. The night rounded up with host Russell Brand, in more words or less, wishing everyone a good night. This year’s MTV Movie Awards was full of talented superstars, and fans can only hope that with each passing year the talent of these movie stars increases.