Lessons Learned: What Would You Tell Your Younger Self?

Lately, I have been feeling older. Like, working-woman-with-bills-and-responsibilities older. I don't notice it all the time, but when I do, I can't help but think of the things I would have done differently, had I known then what my life would be like now. For the "me" one week, five months, or eight years ago, there is always something that I wish I had known, done, or said.

To the twelve-year-old me:

Don't buy that shirt from Abercrombie. You're too young to care about labels, and besides, it looks stupid. Even though your friends are wearing thongs, you don't need to. Don't be scared - tampons won't devirginize you. If you listen to her now, fine, but Celine Dion is cheesy - and Leonardo DiCaprio is so not your type. Algebra will be useless to you, but that doesn't mean you should stop doing your math homework now. If you can figure out this jumble of letters and numbers now, you can study finance and have a shot at making money when you're older.

To the fifteen-year-old me:

You will get your driver's license. Just be patient, and please be sympathetic to your poor mother in the passenger seat. You will get your first boyfriend. He will be goofy and cute and tall and everything else a first boyfriend should be. You will get boobs. They will keep growing each year. Eventually, you'll learn that big boobs are overrated. Some of the friends you have now will come and go, but the ones that matter are true. They will sit with you in the car right after your first boyfriend breaks your heart, stay over in your new apartment on your first night alone, and run boring errands with you on a rainy Saturday because you were working on the sunny day.

To the eighteen-year-old me:

Your body will never look as good as it does now with absolutely no effort on your part. Enjoy. Don't drink too much tequila in Cancun - or on the 4th of July. The relationship you are in now will change your life, but that doesn't mean there isn't more room to grow, to learn and love, someday on your own. Seriously, don't buy that shirt from Abercrombie. You don't need to know now what you want to do later. You will find a passion - it will just take a while to realize and embrace it. Don't stop writing. 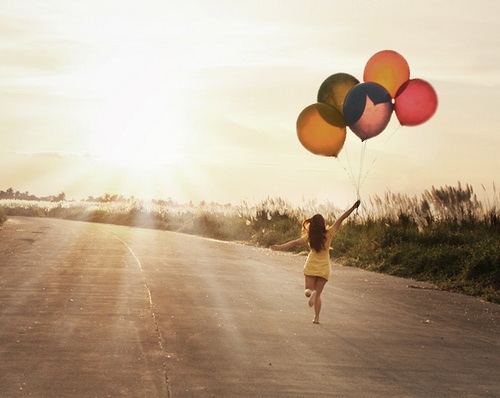 Perhaps the biggest lessons I have learned thus far have been lessons for the twenty-two-year old me. But for now, it is too soon to say, and besides - aren't the lessons always changing? I could go on for pages, and all the way up to yesterday (your white skirt is definitely see-through), but had I known certain things at the right place and time, would I really be all the wiser? Or would I merely avoid making mistakes - the mistakes that made me who I am today? I waver between wanting to know what will happen next, saving myself from an accident or heartbreak, and wanting my future to be a question without an answer, mapping it out as I go.

Readers, what do you now wish your younger self had known?