I'm not sure whether I would classify this as being unfortunate or fortunate.  Guys don't look at me and see the girl they could have for right now or the girl they can just have a good time with; they look at me and see commitment. Understandably, at this age, not many guys I know are looking for a commitment. However, what they fail to realize is that I'm not looking to put a ring on your finger! I'm not looking to tie you down! In fact, even though I aspire to find true love one day, even I am somewhat afraid of being committed to having a long term relationship. 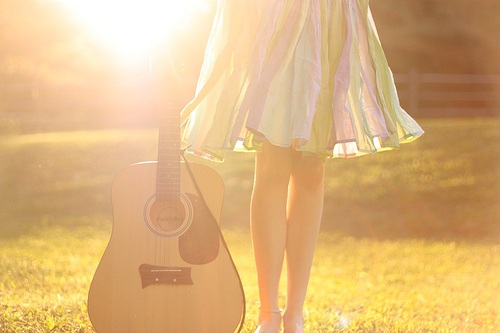 Earlier this summer, I met John through one of my best friends. We started texting, which led to talking on the phone, Facebook wall posts, and eventually him having feelings for me. He told my best friend that he felt like we had an awesome connection. He had everything I was looking for; he was sweet, caring, nice, smart, ambitious, and a family man (which isn't a requirement, but is a plus). However, for some reason, I wasn't interested! What was wrong with me? How could I have been complaining about being single, then finally find someone who was interested AND had met many of my desires yet not feel anything? I realized I was scared of having a guy constantly text me, call me, and ask about me. I'm not sure if it's because I'm not used to this sudden rush of attention or because something inside of me just isn't ready to commit.

He eventually realized I wasn't that interested and our contact with each other lessened. Now, I barely hear from him. The point of this story is, that I've been told I am the long commitment type. The type of girl a guy eventually might want to marry. However, this summer, I realized that I'm not ready for a commitment. I do want to have my freedom and meet guys, go on dates, and you know, live up my youth and college years. Yet, since I'm the commitment type, guys who are not looking for anything serious don't even want to try getting to know me.