Posted by Stephany on 2:38 PM in For Love Jessica Love Single | Comments : 0 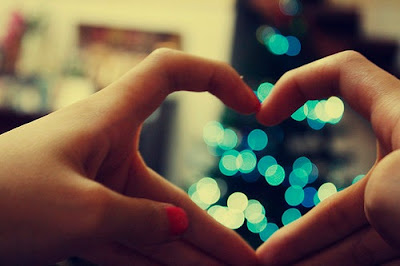 To every girl out there who questions whether she should be the one to ask the guy out, or be the one to buy him a gift, or be the one to ask for his number... I say do it! Being gutsy is something many guys actually appreciate in a girl. Think about it. Guys are always expected to be the ones to ask a girl out, buy her a drink, ask for her phone number etc. Basically, it is seen as traditional for the guy to court the girl. However, times have changed. Nowadays, many women are seen as being powerful figures not only in the professional and political world but in the romantic sense as well.

Before college started, I never really pictured myself being a gutsy lover. The only gutsy thing I did for a guy during high school was ask him to the Sadie Hawkins dance, which didn't exactly turn out the way I hoped. Don't get me wrong, we had fun, but I really liked him but it didn't go anywhere serious. Then, when I started college I began to have somewhat of a "kindergarten crush" on a sophomore. I really wanted to get to know him but was shy and simply didn't know how to approach the situation. After many talks of encouragement from my wonderful friends and a few lines of "just do it!", one day before Valentine's Day weekend I introduced myself to him.

I then had this self proclaimed "great" plan to send him a Valentine. The softball team at my school was hosting candy grams which is basically chocolates that you can send to anyone you want with a note (optional). I sent him the chocolates and also a note which said, "I think you have a really nice smile. Happy Valentine's Day." I signed my full name and everything. Days went by, weeks, and eventually months. No response.  It left me questioning. Did he really not appreciate this gesture? Is he really a jerk? Did he even receive it? Sure enough, a mutual friend told me that my crush had not received anything on Valentine's Day. I was disappointed that my "great" plan hadn't worked out and he didn't receive anything. However, another curve ball was thrown my way when our mutual friend told me that they talked about me and my crush was basically uninterested. Another crush gone no where. What tally number am I on now?

Some people may say that what I did was stupid and too forward. However, I personally thought it was a very sweet gesture and that it was my time to do something for a guy who, yes I may have not known, but who seemed genuine. Months have passed and do I regret what I did? No. Not one bit. In fact, I look back and pat myself on the back for having such courage to do something like that. To take a chance with a guy and be a bit gutsy. I showed myself that I could do it amidst all the butterflies.

If you believe something is right or sweet or just nice in general, go with your gut feeling. It may not lead you to your "perfect man," a relationship, or even a date, but at the end of the day it's not necessarily about sweeping your dream man off of his feet. Although that has a lot to do with it, acting upon our feelings is much more of a personal journey. By performing these acts we are showing ourselves just how thoughtful, caring and courageous we are as human beings. 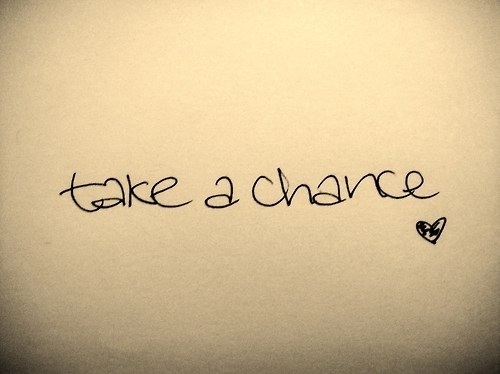 In turn, I believe each time we show ourselves how thoughtful and courageous we are by being a gutsy lover, we are one step closer to our dream romance. One of my favorite movies (because I can relate to it heavily) is "He's Just Not That Into You." The main character, Gigi, is completely obsessed about finding true love. When she meets Alex, a man who manages a bar, he begins to give her advice about men and their true nature. Needless to say, feelings develop within Gigi, yet Alex is one out of the many men she has encountered who just "is not that into her". Upon finding out how he feels Gigi quickly responds to him by saying one of my favorite quotes: "I may dissect each little thing and put myself out there so much but at least that means that I still care. Oh! You've think you won because women are expendable to you. You may not get hurt or make an ass of yourself that way, but you don't fall in love that way either."

This quote explains the true essence of what I am saying. By taking risks and possibly even making an ass of yourself, you are at least putting yourself out there and trying to find love. Don't wait to make your move. My guy friends have told me it is extremely attractive when a girl is straightforward and knows what she wants. The only thing missing is you, your confidence and courage. So, once you've got those intact, go get 'em tiger!