Friendships are just like relationships in the sense that you stick with them through the good and the bad but what happens when the bad outweighs the good? Recently, in my friend group, I have noticed that no matter what the situation my friend, Cara, can’t be happy for anyone. She is putting down everyone and trying to start fights about everything and anything. This caused another friend of mine, Melissa, to yell at her and say she was tired of Cara’s negative attitude and didn’t feel she had to put up with the nonsense. This was about a week ago and they are currently not speaking. Being friends with the two of them, I was able to get both sides of the story, which lead me to the inevitable question who was right? 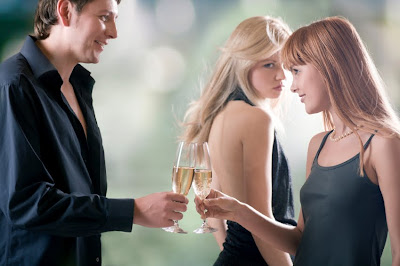 Now, instead of choosing sides, (although I will admit I do agree with one more than other) I realized that Cara was lashing out because she was severely unhappy. Her life was at a standstill while everyone, myself included, was out chasing their dreams.

She confessed that she felt like everyone was moving on and forgetting about her. I understood where she was coming from but told her that no matter how many things change, (jobs, boyfriends etc) we would always be there for one another. But if she kept taking out her frustrations on everyone, her fear of being alone may turn into her reality.

The main thing to remember is when a friend all of a sudden starts lashing out at you instead of fighting back ask her what’s wrong. Chances are she needs your friendship more than ever!