Bad Boys: Why Are They So Attractive? 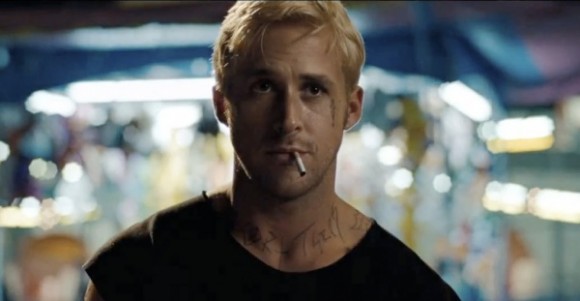 Radiating confidence, with a knack for the adventurous, some girls find they have a weakness for the rough and tough bad boy. In movies, past and present, the bad boy often fills the role of the sexy and hard-to-get hero. From John Travolta’s iconic character of Danny in “Grease,” to current Hollywood heartthrob Ryan Gosling’s role as a gangster in the upcoming film “Only God Forgives,” it is the bad boy that steals the show ... and the hearts of the female audience. But fantasizing about dating Gosling’s character and successfully dating a bad boy are two completely different tasks. Here are a few inside tips on what makes a bad boy so sexy and how to date one, without the expected heart break.

What Makes Him Attractive?

1. He Provides a Thrill: Bad boys don’t play by the rules and are constantly pushing the envelope when it comes to their daily, sometimes dangerous, activities. They not only bring a thrill to the relationship, but their “I don’t care” mantra also keeps girls constantly on the edge of their seats.

2. Bad is Sexy and Fun: He resists authority, dresses how he pleases and acts how he wants. His cool, calm and collected confidence is through the roof and can even be interpreted as cocky. Steve Santagati, author of "The Manual: A True Bad Boy Explains," and founder of the website Bad Boys Finish First, said that while these boys may look rough and tough on the outside, “Being ‘bad’ doesn’t mean you’re sleazy or evil, quite the opposite; it means you understand that life is about having fun, leading, not following and realizing that harmless mischief is an end in itself. It’s a twinkle in your eye that says, ‘I get it’ and I plan on using that knowledge to my advantage.”

3. Sense of Rebellion: Cindy Chupack, writer and executive producer of "Sex and the City,"  has dated multiple bad boys and even recently married one. Her rationale for doing so was that it gave her the sense of rebellion and the thought of a fantasy. Chupack said, “Bad boys are dessert. They’re like hot fudge sundaes. You know they’re not good for you ... but that doesn’t mean you won’t fantasize about it while you’re eating your mixed berries.”

How to Successfully Date One

Start Off Slow: While it may seem fun to go along with their fast-paced and unplanned decisions, take a step back and don’t be afraid to ‘push on the breaks.’ It could prevent one from getting into a relationship or a situation that is over their head.

Perfect Timing: Girls often hear that timing is everything. This is even true when it comes to dating a bad boy. Match.com love coach Lauren Frances states that “Bad Boys are perfect playmates for women who aren’t looking for a serious relationship.” So if one feels their dating life needs a little more excitement, don’t be afraid to give a bad boy a shot.

Don’t Be Afraid to Commit: They have the reputation of playing girls and not being able to settle down, but if he’s sending all the right signals and is committing to the relationship, don’t be afraid to let go and commit to him as well. “Bad boys have feelings and want to be happy and successful, too. They can be great boyfriends once they are ready to settle down or they find the right girl,” said Santagati.