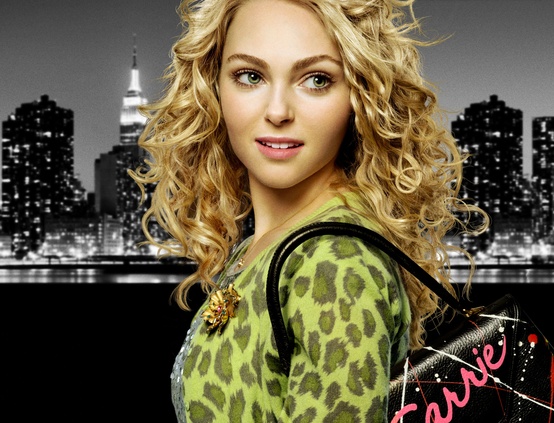 There is nothing we loathe more than mid-season finales, especially in the winter. This silly tradition makes no sense, especially when the series has already been picked up for a full season. Hello, don’t they know that we have a whole month of free time -- no studying, no homework, no crazy scheduling and planning. We can actually sit down and watch our favorite series!

Mid-Season Finales
Pretty Little Liars: We bet most of you were most excited about the little liars, which just came back on. We still cannot believe that Toby has committed the ultimate betrayal (sorry, Spence). Click here to read in detail, where the foursome left off this Halloween.

Once Upon a Time: Oh em gee, Snow saved Charming. Can you say girl power?! We could not have asked for a better ending. We’re also glad that Emma and Henry reunited and are impatiently waiting to see what evil Cora musters up, or whose life she takes next. Just remember Cora, true love defeats all!

Revenge: Let’s get this straight: Emily Thorne never fails. She got exactly what she wanted -- Daniel is head of Grayson Global and has broken up with Ashley. As for poor Jack Porter, he can’t seem to catch a break; he is in business with some of the shadiest residents at the Hamptons, the Ryan brothers, who are attempting to avenge their father’s death!

Nashville: We called it! We had a gut feeling that Rayna and Juliette would combine forces and create the ultimate, country goddess jam! Now that Juliette is taking back control of her life, we saw a happier Juliette in the winter finale. She was poised, elegant and appropriate! Although Sean’s (her all-American, Christian boyfriend) mom tried to knock her down, she swung back with a marriage proposal! While Rayna had family problems and has a big decision to make: will she or will she not join Juliette on tour? We vote yes! As for our favorite couple Gunnar and Scarlet, they had their first steamy, but short kiss -- yay!

New Seasons
Game of Thrones: We don’t know if you have hopped onto the medieval fantasy wagon already, but we are totally nerdy for this drama! If you have been living under a rock, Game of Thrones is an HBO drama about deceit, family scandal, and of course, power! We cannot wait to see the Stark boys in action. We have a crush on them both, maybe more on Jon ... wait, nope, we changed our mind, on Rob! Tune in next season to see Rob hopefully kick some Lannister ass! We love the Starks, but we are Team Daenerys -- girl power all the way! The third season airs March 31.

Girls: This freshman series is another favorite. Lena Dunham just totally gets us! Sounds cheesy, but its true; we have a girl crush. The writing and the cinematography is gritty and real. It’s refreshing to see life in our twenties from a more authentic point of view! But don’t call “Girls” the “Sex and the City” for women in their twenties. On the contrary, Dunhman says, “‘Gossip Girl’ was teens duking it out on the Upper East Side and ‘Sex and the City’ was women who figured out work and friends and now want to nail family life. There was this whole in-between space that hadn’t really been addressed.” Tune in January 13.

True Blood: Chances are the this super steamy, vampy show will resume during our summer semester/break! The gruesome finale left us flabbergasted with Sookie running for her life as credits cut the scene! Ahh, we will have to wait an entire semester (until June) to watch what happens next!

Smash: For you Broadway and “Smash” enthusiasts, Season Two will begin February 5 with a two-hour premiere. Pretty lucky, may we add! At least our girl, Karen, got her debut!

Debuting This Winter
The Carrie Diaries: To our loyal “Sex and The City” lovers, we know you are tempted to tune in! Just do it, and we will too! Imagine Carrie Bradshaw in the ‘80s as a senior in high school. It must be perfection! We hope that we like the series half as much as we adored “Sex and the City.” We can’t wait to find out a little more about Carrie’s background story, as we hardly know anything about her family, and we are especially excited to see how her career as a writer began at 18! Tune in January 14 to watch the young Carrie (played by AnnaSophia Robb) fill the shoes of a legendary style and sex icon. This new series better not be anything shorter than iconic and a fashion frenzy! Watch the trailer here.

Although we are totally bummed that we couldn’t tune into our favorite shows during break, we now have a lot of drama to look forward to! Happy watching, CG readers!