Three Reasons Why You Should Watch "Nashville" 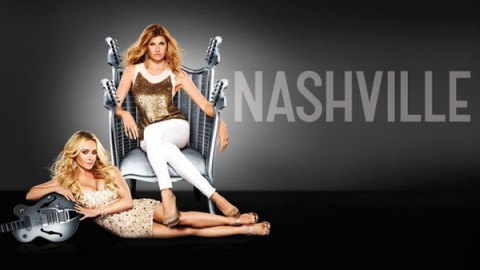 Many of us have never been country music savants or have even listened to country (other than to our beloved Taylor Swift, of course). But the "Nashville" pilot aired, and country fans were born everywhere! One listen to the show’s bluesy interpretation of “If I Didn’t Know Better” by The Civil Wars, and you will jump on the bandwagon, too.

Even if you think you have no more time to add yet another show to your TV regimen, here’s why you don’t want to miss out on Nashville.


For those who know little about country music, this focal point won’t be a problem. The show aims to give viewers a behind-the-scenes look at the country music world. And if you are already a country lover, you will appreciate the amazing talent that is Rayna James (Connie Britton), a legendary country artist, and a swamp of breakout actors and singers. Prepare to have these characters’ catchy songs stuck in your head for a while.


"The Hollywood Reporter" calls "Nashville" an adult soap opera, and I could not agree more! “With an impeccable cast and tons of talent behind the camera, 'Nashville' could be one of those huge grown-up soaps that hook viewers for years.”

Rayna is a country icon whose fame is sizzling out due to the flop of her latest album. Her record label gives her an ultimatum: Open for their new, chart-topping success, Juliet Barnes (Hayden Panettiere), or don’t tour. “The conceit is familiar -- the young pushing out the old -- but it’s refreshing here because the execution is so compelling. Britton completely grounds Rayna, who comes across as real and seasoned as a long-term hitmaker who’s also vulnerable.”

Overall the show is sophisticated, and its pilot has managed to lay out its potential storylines for a well-developed drama series that effortlessly unfolds with its multi-dimensional cast.


Let’s talk about Juliet Barnes. Panettiere’s portrayal of the arrogant, sexy, fame-seeking artist is surprisingly likable. You don’t want Juliet to fail ... you want her to find her footing as respectable country artist, but her arrogance makes it difficult. Even if you are a huge fan of Panettiere from her "Heroes" days and can’t see her in any other role, you will be impressed by her convincing performance in "Nashville."

Juliet’s partying and overconfident ways remind of us falling star Lindsay Lohan. And even though Juliet may be most closely related to Taylor Swift as the young, hot, music it-girl, that’s where the similarities end. Juliet is no goody-two shoes and has several insecurities about her music and background, which she desperately tries to conceal with an array of men and money-hungry management. Like Rayna, Juliet is extremely vulnerable. Perhaps these two will be found helping each other out in the end.

Adding to the drama is Rayna’s husband’s mayoral campaign led by her antagonizing father and her confusing business relationship (or is it more?) with former flame and bandmate Deacon Clayborne. Who, we should add, is also sleeping with Juliet.

Let’s not forget about the other compelling love triangle. There is Avery, an aspiring musician who has been trying to break into the music scene for quite sometime. His loyal girlfriend, Scarlett, follows him to Tennessee and lands an opportunity to play one of her poems (set to lyrics) to the biggest country producer along with her co-worker Gunnar, who has a crush on her! Gunnar’s and Scarlett’s chemistry is off the charts -- we are already rooting for them, and so will you!

Nashville, Tennessee is the mecca for country artists. "Nashville" pays homage to the city as one of TV’s best new series.