Real College Girl: Ashley Davis on How She Found a Job After Graduation 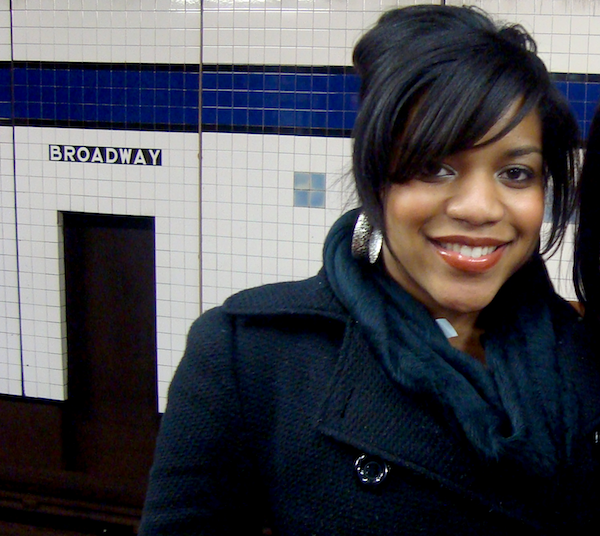 If you can make it in New York, you can make it anywhere. Enter Ashley Davis, a 21-year-old recent Pace University communication studies and women’s studies graduate who landed her first professional job as an on-camera assistant at a talent agency.

Besides graduating college, Davis says her proudest accomplishment was finding her first place in New York without roommates.


“My biggest struggle was finding something that I could afford that wasn’t a crackhouse. First of all, New York is the land of roommates. I think 90 percent of people who are looking for their first place would have to find a roommate because that is the most feasible option considering the price range. But, if you are going to live by yourself, I think the hardest thing is finding something in your income bracket that your realtor would trust you to afford.”

Although she considers herself extremely lucky in finding a steady job four months post-graduation, “the sad reality is that when you get a degree, it’s not so much your ticket to finding a job that legitimizes that degree,” she adds without hesitation.


“In a sense that degree legitimizes your own intelligence. Sometimes it’s a bit disheartening, because for so long you are taught this rhetoric of go to school, get the grades, find this major, and go off and find this field. But, a reality is that most people don’t find a job in the degree they got.”


Ultimately, Davis believes, “college is a wonderful experience, and I think absolutely everyone should go, but realize that your degree is not foolproof.”

During her last semester in school, Davis worked part time as a hostess at the popular Meatpacking District restaurant Dos Caminos (a position she still holds) in addition to her full-time job at a talent agency, to support herself in New York City. To Davis, working in the restaurant industry is not as monotonous as one may think; instead she views it as a way to network in New York.


“You never know who you are going to meet. I think working at Dos Caminos, especially at the Meatpacking District, is a very flashy place, where you are finding a lot of celebrities that come there. Particularly as a host, I find that if you play your cards right it’s an opportunity to network; as a server even more so because you have an advantage. You are spending time with this table, you are talking to them, you are building that communication." 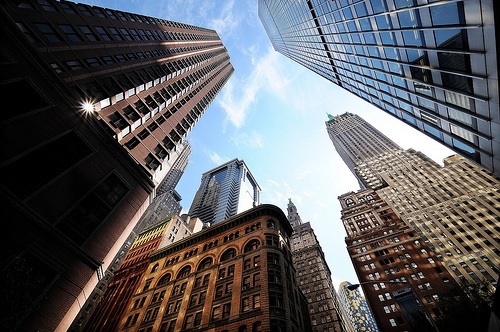 "The whole reason they say if you can make it here, you can make it anywhere is because you have to know how to talk to people, and you have to know who to talk to. You make money. New York is the land of one percenters, everyone who goes there is tipping well, which is why a lot of young people go into the restaurant industry. I find that in my experience as well, most of the people who are in that industry are performers; they’re actors, they’re doing production, or they’re in entertainment. Being in a restaurant is the ultimate opportunity for you to showcase your talent, not only as a person, but as a brand.”

Davis exclusively told College Gloss that the Kardashians love dining at Dos Caminos, and a certain Kardashian boyfriend is always a little rude and avoids making eye contact. Other than meeting celebrities on a weekly basis, she loves her job as hostess because she meets many characters and “crazies.”

Her strong personality has lead her into some sticky situations with unpredictable New Yorkers. “Around June, this guy came in, who had a very thick Slavic accent,” she reveals. “While he had a beer in his hand, he says: ‘So, you single? I like black woman, I date black girls, you know. What time do you get off work?’” To which she responds, “I need you to not talk to me like that.” She continues, “Mind you his eye is busted, there’s blood around his eye. This is not sanitary at all. I turn to him and say, I’m actually underage, I’m 16, so that’s not going to work. He responds with ‘Ah, you know, that’s fine in Poland, you date whatever.’”

This just goes to show why many people find the average New Yorker charming and brutally honest all at the same time.

Living in such a fast-paced and unpredictable city makes us question how she keeps sane.


“I don’t think you’re supposed to stay sane in New York. I don’t think that’s a viable option. I think you have to have a certain sense of insanity in order to get around this city. There’s not one day that’s mundane or regular. In New York the unusual is the usual, so in that sense I believe you have to be a little bit crazy in order to handle that.”

In addition to her two jobs, Davis wants to create a presence in the online community. She hopes to add successful blogger to her already impressive resume, which includes internships with "Glamour," MTV and Nickelodeon. She is working on a relationship blog that documents her dates on the popular free dating site, OKCupid. We know, we know; some of you are probably judging, but you would be surprised to find a dozen of your classmates registered!

Think of her blog as “Sex and The City” meets “Cosmo’s Bedroom Blog” for millennials. Check it out here.

Davis leaves us with the advice, “be yourself.” She has landed amazing opportunities because she embraces her brand. “I’m a funny girl,” she claims with confidence, and we agree! Funny and successful - a winning combination!