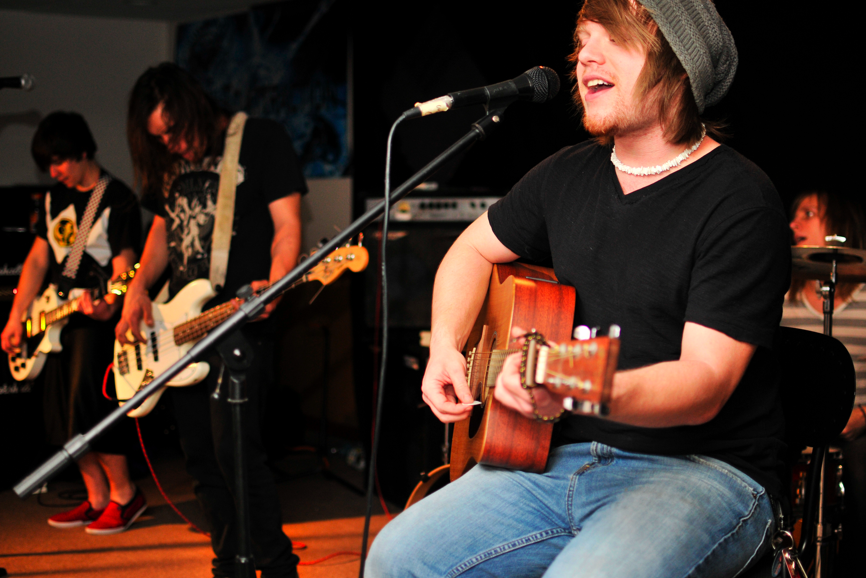 Ryan Wood, Dylan Wood, Josh Perrone and Joe Mahoney are the band members behind the up-and-coming indie/pop-rock band Call To Attraction. Based out of Pittsburgh, Pennsylvania, the boys (all in their 20s) became a band when Ryan Wood (the lead singer) “wanted to play music live with [his] best friends. [He] started writing originals and got some official members together for shows.” Call To Attraction’s newest EP “What Comes Next” (released in February 2012) has skyrocketed, and the band has definitely tasted the celebrity lifestyle with an ever-evolving fan base and plans to make even more great music. “I have a bunch of songs sitting around waiting to be recorded. I'm always doing back and forth’s with my producers so we can make the songs better,” says Ryan Wood. It definitely seems like these boys have big dreams and a lot planned in their future!


The band's EP “What Comes Next” has an urban, alternative sound that is great for girls looking for an edgy new sound to jam out to! “The EP was recorded in Atlanta, Ga., with the best producers in the universe -- Zack Odom and Kenneth Mount. It’s a four-track EP we recorded in January earlier this year. The tracks came out greater than we expected, which is always good, and really showcased our epic pop/rock sound.” The EP has a great sound, and the band members hope each song has the kind of vibe that when “[their] the song[s] comes on the radio, people turn their attention towards the speakers, and for that three minutes, they are glued.” Mission accomplished! All songs on the new EP are very enjoyable and a must-have for your music library.

Call To Attraction may be moving quickly in their career now, and they have no interest in slowing down ... not even for a second! The band has big dreams to collaborate with Simple Plan or The All American Rejects. “I’ve always felt both of our bands would put on a great show together,” says Ryan Wood. As for the boys’ long term goals? They are hoping that their band explodes into something everyone knows and loves. For now, they are all about accomplishing what they see as important right now: “[getting] signed to a reputable record label and touring the world.” Best of luck, boys -- your music has definitely called us to attraction!

Read on for our exclusive interview with Ryan Wood of Call to Attraction... 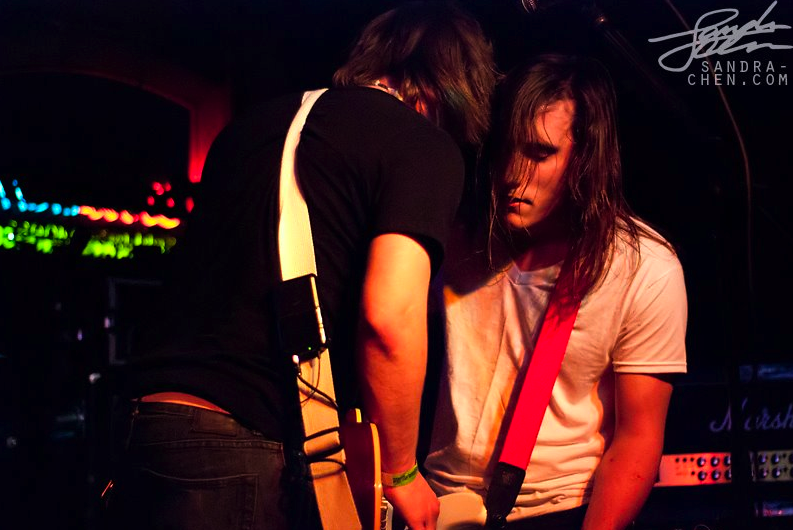 How would your friends describe you?
RW: Hopefully they see me as a nice dude. I’m very chill and relaxed in a “hanging out” environment.

What is one thing your fans don’t know about you?
RW: I used to race dirt bikes religiously.

Did you always know you wanted a career in music?
RW: Not always. Back in the day I wanted to do something with extreme sports. But as soon as high school kicked in, that’s when it all changed.

What is your first memory of music?
RW: My parents always had music playing around the house when my brother and I were young ... bands like The Rolling Stones, The Beatles and The Who.

What is the best part of being a musician?
RW: Being able to sit down at a random piano, guitar or drum set and just being able to play music.

What is your advice for aspiring artists?
RW: Always write. If you get a big break, recording people will ask you “what else do you have,” and you better have a good answer for them.

How do you want to inspire people with your music?
RW: I want people to think how they want and not worry about what others think. Be independent. Be your own voice in your own song.

What is your favorite song right now?
RW: I’ve been jamming to Mayday Parade’s cover of “Somebody That I Used To Know.”