What Taylor Swift’s Romances Can Teach Us About Our Own

Posted by Kaitlyn on 8:30 AM in Dating For Love Gina Oursler Love Pop relationships | Comments : 1 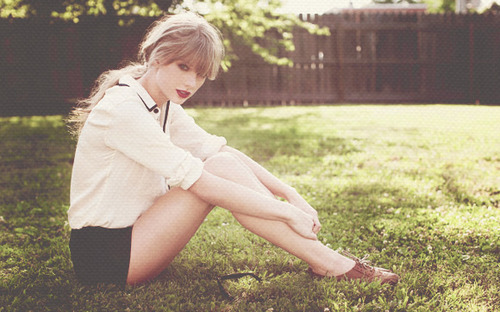 If anyone has learned a thing or two about love and relationships throughout the years, it’s Taylor Swift. She has dated, fallen in love, gotten her heart broken and then written songs about each man who has done her wrong. There’s something we can all learn from Taylor’s relationships experiences...

Joe Jonas
Taylor and Joe Jonas dated way back in the day, but they were one of the cutest couples around at the time. However, this romance is famous for one main reason: Jonas broke it off with Taylor via a 30-second phone call. Taylor used this as the inspiration for her song “Forever & Always” on her sophomore album Fearless. Jonas went on to date actress Camilla Belle almost immediately after Taylor. Swift’s song “Better Than Revenge” is rumored to be directed at the actress for stealing Jonas away from her! Talk about first love trauma! If we can learn anything from this relationship, it’s that they’re called first loves for a reason: there’s more to look forward to after it ends.

Taylor Lautner
Many Taylor (Swift) fans believed that this relationship was the one to break the odds. The two Taylors began dating after filming together on the set of "Valentine’s Day." After this it seemed the couple was inseparable. But the courtship was short lived, ending in December 2009. While she won’t openly admit it, Swift apologizes to Lautner for breaking his heart in her hit single “Back to December.”

Swift fans can relate to this track about Lautner.

“She regrets breaking up with him,” said Heather Sander, 22. “Everyone has that one guy they realize they should have stayed with after the fact when it’s all too late.”

From this relationship, we can learn that all love (even the strongest) can end without warning, but we should never forget to apologize if we’re the one breaking it off.

“You could see that this was just a fling that wasn’t going anywhere serious,” said Emily Ward, 18.

However, rebound relationships can keep our minds busy while we’re still healing from our previous dating endeavor.

John Mayer
You’ve heard Taylor’s song “Dear John” on her Speak Now album and still can’t help but wonder if it’s really about John Mayer. Whether the song was written for the notorious serial dater or not, Taylor and Mayer have had some serious chemistry in the past. And, if the song was truly about Mayer, we can take something from this “relationship”: guard your heart from trouble when necessary (A.K.A. when the guy is a known player).

Conor Kennedy
While Taylor’s most recent flame is only 18 years old, it’s evident she fell head-over-heels. Some die-hard Taylor fans are on the fence with this relationship, but most show support for the 22-year-old singer.

“This relationship seems genuine, like she’s ready to love again,” said Sander. “She had low expectations, but he proved her wrong and was everything she was looking for to make her smile again.”

This relationship shows us that new beginnings can bring unexpected happiness.

When it comes to Taylor Swift and relationships, you never know what you’re going to get (besides a new song). But like all relationships, there is always something new to learn. Whether we’re mending our own broken hearts or learning how to love again, we will always have our past loves to thank for it.