3 Reasons We Heart Zoe Hart From "Hart of Dixie" 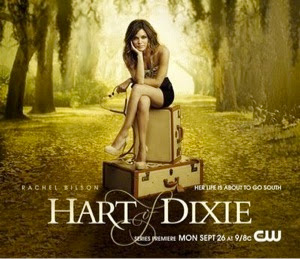 Aside from pretty much everyone having a huge girl crush on Rachel Bilson, her hit show "Hart of Dixie" has solidified her status as an “it girl.”

Bilson’s character Dr. Zoe Hart is the typical cynical Type-A New Yorker. She is an overachiever whose lifelong dream is to become a cardiothoracic surgeon. After her plans crumble in the big city, she seeks comfort working in a medical practice in Bluebell, Alabama. To her surprise, half the medical practice was owned by her deceased, unknown biological father, making Hart part-owner.

Although Bilson’s role as a surgeon is unconvincing, her charm is undeniable. Don’t worry, this is not a medical drama. We dodged a bullet there; it’s more of a rom-com.

If you are a fan of the movie "Sweet Home Alabama," you should check out "Hart of Dixie." It is the perfect series for all of you hopeless romantics who love watching romantic comedies. Filmed in a Southern setting, with true Southern belles and authentic Southern twang, the location is incredibly romantic, picturesque and credible to its viewers.

One of the best things about the series is the characters’ names. For one, we are kind of obsessed with the antagonist’s name, Lemon (played by Jaime King!). It fascinates us and totally lives up to its Southern charm, which is our second favorite thing about the show. Not to mention that Zoe falls in love with Lemon’s fiance, George (portrayed by Scott Porter), in Season One. Love triangle alert!

It definitely has the stereotypical ingredients of an epic rom-com suited for TV. It has the small town glamour and the Type-A female lead who has dozens of daddy issues she must overcome. And do we have to say it ... she must choose between good boy, George, and the super hot bad boy, Wade (played by Wilson Bethel).

Don’t tell anybody, but we are rooting for Wade! We all know how this story goes. He may be a bad boy on the inside, but he truly loves Zoe! We are also voting him as one of the hottest guys on TV right now.

Oh yeah ... before we forget, our final favorite thing about the show is Zoe Hart’s wardrobe, which is a replica of Bilson’s girly chic style. 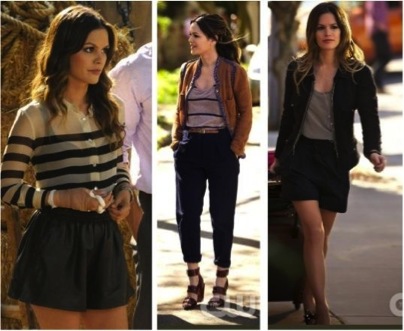 Although this storyline has been retold a million times, Bilson’s portrayal of Zoe Hart makes the series watchable and lovable. Season Two is already on air, but that does not mean you can’t catch up. Watch the trailer here.