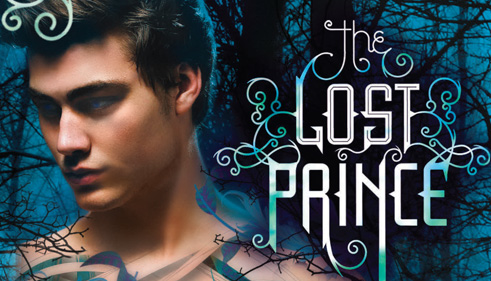 MY NAME IS ETHAN CHASE. AND I MAY NOT LIVE TO SEE MY EIGHTEENTH BIRTHDAY.

If that doesn't draw readers in, I don't know what will. "The Lost Prince" by Julie Kagawa follows the journey of Ethan Chase, who has just transferred to another new school. In order to protect his family, he is forced to enter the magical world of the fey -- a world he never wanted to enter.

But wait, there's a girl, too, and a budding romance despite Ethan's initial resistance. Will Ethan make it through his dangerous journey to see his eighteenth birthday? You'll have to pick up a copy to find out.

For fans of the Iron Fey saga, the book features appearances by familiar characters like Meghan and Ash, while introducing new characters as well. Readers also get to really know Ethan, who is no longer a young child.

"The Lost Prince" is the first book in the brand new Iron Fey trilogy: Call of the Forgotten and will be available in stores October 23.


Lucky for you, College Gloss has partnered with Harlequin TEEN to give one (1) reader a copy of "The Lost Prince" and a limited edition "iron key" necklace! All you have to do to enter is "like" College Gloss on Facebook and comment below with your name and email address. 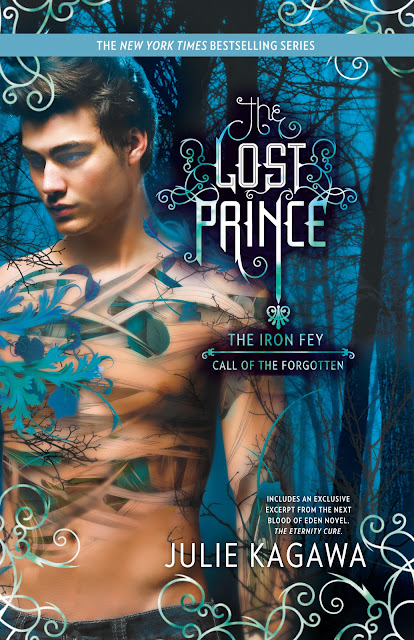 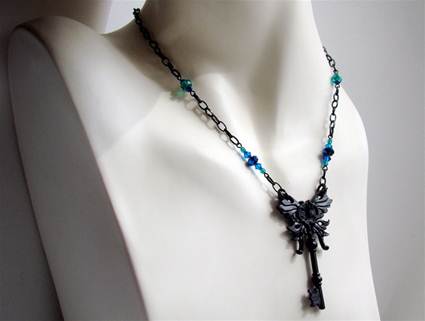 About "The Lost Prince":
Don't look at Them. Never let Them know you can see Them. That is Ethan Chase's unbreakable rule. Until the fey he avoids at all costs—including his reputation—begin to disappear, and Ethan is attacked. Now he must change the rules to protect his family. To save a girl he never thought he'd dare to fall for.

Ethan thought he had protected himself from his older sister's world—the land of Faery. His previous time in the Iron Realm left him with nothing but fear and disgust for the world Meghan Chase has made her home, a land of myth and talking cats, of magic and seductive enemies. But when destiny comes for Ethan, there is no escape from a danger long, long forgotten.


About The Iron Fey Series:
The Iron Fey saga follows half-human, half-faery Meghan Chase as she fights to claim her magical birthright.

Meghan’s journey begins in the mortal world, when her half-brother Ethan is kidnapped. The mission to rescue the innocent child draws Meghan into the Nevernever—the magical world—where the never-before-seen Iron fey are raining destruction upon traditional faeries. Meghan’s quest is fraught with unimagined dangers, unpredictable powers…and an utterly forbidden love.

Now little Ethan is all grown up—and a new breed of fey has come for him. Bound by blood to a world he despises, Ethan plunges into the Nevernever searching for answers: who are the ghostly assassins hunting him? Who controls them? And why are exiled and half-breed faeries vanishing from the mortal world?

With a vulnerable human girl to protect and an enigmatic faery ally he could never have imagined, Ethan embarks on his own Fey saga. Along the way he will encounter kin, comrades and deadly new enemies. He will discover his formidable strengths, and his deepest weaknesses—and he will fight for his life against the Forgotten.

The second book in the Call of the Forgotten trilogy will be released November 2013.

About the Author:
Born in Sacramento, CA, Julie Kagawa moved to Hawaii at the age of nine. There she learned many things: how to bodyboard, that teachers scream when you put centipedes in their desks and that writing stories in math class is a fantastic way to kill time. Her teachers were glad to see her graduate. Julie now lives in Louisville, KY, with her husband and a plethora of pets. She still laughs whenever she sees a centipede.

Julie will be releasing the second book in her Blood of Eden series, "The Eternity Cure," in May 2013.

Feel free to check out The Iron Fey on Facebook!