Posted by Liz on 10:29 AM in Entertainment Review Kelly Glasson Pop | Comments : 0 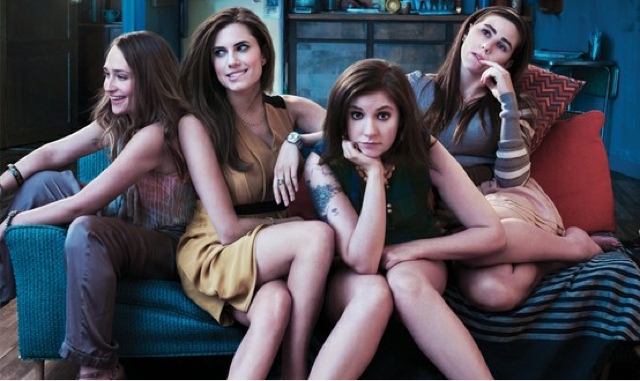 ​Girls premiered on HBO April 15th. The show, a “dramedy” about a group of girls in their early twenties, looks into the everyday struggles and accomplishments of young women. Only a ten-episode series, the show still caught instant popularity for its quirkiness and relate-ability.

​The story line follows Hannah Horvath, who is insecure because she’s six pounds overweight. She believes she has the talent to become a great writer if she’d actually put in the effort. After being financially cut off from her parents, Hannah is finally on her own, trying to hold a stable job and keep her boyfriend, misfit Adam Sackler. But relationships may be a little too grown up for Hannah.

​Marnie Michaels, Hannah’s roommate and best friend, is quite the opposite. Responsible and driven to the point of neuroticism, everything in Marnie’s life is steady -- from her boyfriend to her very adult job at an art gallery. But Marnie can’t admit even to herself that she doesn’t love either of them.

Shoshanna Shapiro is a completely paranoid virgin with overly sexual dreams and overly dramatic fears. Although her friends view her as innocent and childlike, she keeps surprising them with outrageous behavior and unexpected wisdom.

​Jessa Johansson is a beautiful, laid-back British woman back in New York City for the first time in years. Having moved in with her American younger cousin Shoshanna, she’s ready to live on the wild side and shake things up a bit -- for herself and her friends.

​Navigating their twenties one mistake at a time, the girls get themselves into hilarious predicaments, including a “crackcident” that has one of the girls running down the streets of Brooklyn. The first season concluded June 17th, but all of the episodes are available on HBO GO, and the next season premieres in January 2013. So tune into Girls -- and catch up on last season -- to find out how these girls are going to get by in life with the help of each other.