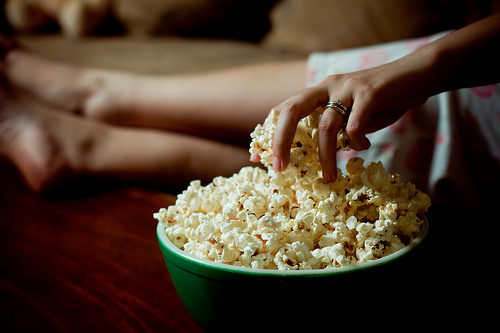 This summer is going to be huge for the box offices since many highly anticipated movies are hitting the big screen. On a rainy day the movies is definitely where you want to be this summer. So what are the movies you need to put on your must-see list?

There’s the obvious Magic Mike. Starring the hottest actors imaginable -- Channing Tatum, Alex Pettyfer, Matthew Bomer, Joe Manganiello and Matthew McConaughey -- playing roles as strippers at a ladies club. The movie follows the story of Mike Martigano, a young male stripper who teaches an even younger performer how to adapt to the world of wild women, crazy nights and making money by shaking what the good Lord gave you. Magic Mike is currently in theaters, and women all over the world are racing to the theater to lay their eyes on the celebrities baring all for the world to see.

Katy Perry, one of the most popular pop singers in the world today, rose to the top of the charts faster than many singers could ever dream of. But her journey wasn’t as easy as people think. The new movie Katy Perry: Part of Me follows Katy’s journey to the top. From her overbearing religious parents to her scandalous first hit “I Kissed a Girl,” this movie is about the story of a young girl into stardom. This 3D film hit the theatres July 5th.

What has happened to the city of Gotham in Batman’s absence? After taking the blame for Two Face’s crimes, the Batman name was tarnished... and the hero was seen as an enemy by the people of the city. But with a new terrorist rising, Batman must face evil again to save his city. Find out what happens next when you see The Dark Knight Rises, which hit theaters July 20th, starring Christian Bale. Concluding the Batman series, this final movie will surely leave us all in awe. After the Dark Knight took number four on the All Time Box Office list for domestic grosses (money earned by the movie), this next movie is highly anticipated.

So if there’s ever a day this summer when the sun’s just not coming out or the rain just won’t stop, head to your local theater, and see one of the movies that everyone will be talking about.