College Dating: Why the One-Word Response?

Posted by Liz on 8:00 AM in College Dating Dating Emily Garbutt | Comments : 0 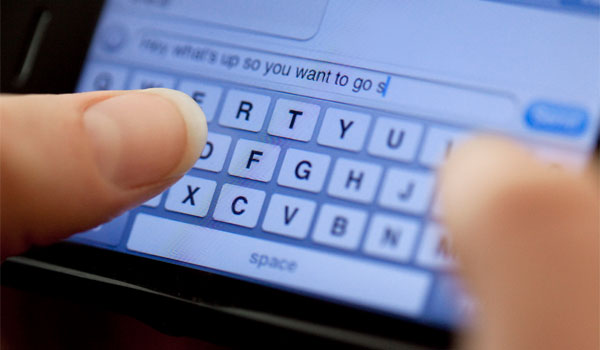 Text messaging is both a blessing and a curse in the dating world. It’s a blessing because it allows you to communicate with your crush while eliminating those sometimes unavoidable awkward phone silences. On the other hand, it’s a curse because it’s often hard to determine the true meaning behind your crush’s response.

For example, you send your guy a text message, asking if you’re still on for going out later, and he responds with a single word: "Yeah." You may be thinking, “Seriously?! OMG - why the one word response? Is he over me? Does he even want to see me tonight?!” Before you start completely freaking out, here’s a word from the wise: guys usually don’t express emotion in their text messages the same way girls that do. They view "yes" and "no" as perfectly acceptable answers to almost any question.

The fact of the matter is, guys usually display emotions differently than girls. Some guys are more expressive than others, so it depends on the type of guy that you’re currently into. More times than not, he will be a lot less expressive than you are in conveying his level of excitement in a text message.

To make sure you’re not reading too much into the way he responds, look at the context of the situation. If it’s a guy you recently started seeing and his response is always a "yes" or "no" answer, he’s probably not that into you, that is, unless you get the vibe that he’s just that type of guy. In the beginning of a relationship, it’s important that both of you express a little more excitement than you would if you’d been dating each other for two years. The way he displays his affection is important in determining how much he likes you and how much effort he wants to put into the relationship.

Whatever your texting situation may be, just remember that you’re the best judge in determining its true meaning. There’s no need to dissect what his text message “really means." Trust your gut, evaluate the context of the situation, and then let it go.