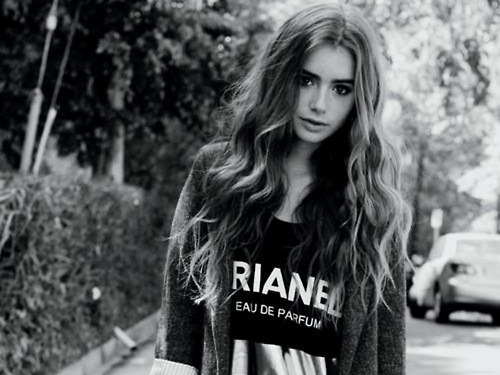 March is a mega month for fashion (hello spring!), second only to New York Fashion Week. So guess who’s the cover girl for both Seventeen and Nylon? She stars as Snow White in the upcoming film Mirror, Mirror alongside Julia Roberts. And she just so happens to be the daughter of a certain musician (Phil Collins anyone?). If you haven’t taken notice of Lily Collins yet, then just wait, she’ll be on your radar soon enough! 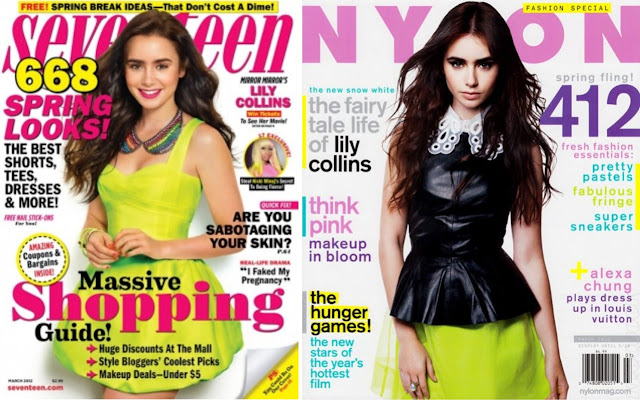 Born in England, Lily is a British-American actress, model and writer. In addition to acting, which she’s been doing since the age of five, she has also written for publications such as Elle Girl, Seventeen and Teen Vogue. As a former Nickelodeon television host, it’s no wonder that she’s attending the University of Southern California for Broadcast Journalism. What does this girl not do? At only 22 years old, and with a birthday coming up in March, Lily has an ambitious career ahead of her!

In addition to her lead role in Mirror, Mirror, she has also appeared in the film The Blind Side (with Sandra Bullock) and most recently in Abduction alongside Taylor Lautner (her rumored boyfriend at the time). Unlike many young actresses today, Lily maintains a positive reputation, keeping her personal life under wraps. She acknowledges how having a famous father has helped her make a name for herself, at least in the beginning. 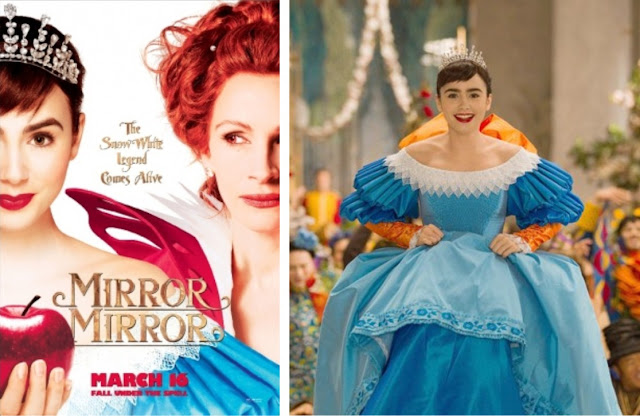 In an interview for Nylon, Lily said, "A lot of people's perception is that I don't have to work my way to get in a room because someone is always interested in the last name, but I always say that personality opens doors, but character keeps them open.”

Down-to-earth and humble, she told Seventeen that “it’s a complete honor to be among young women” such as Emma Stone, Shailene Woodley and Chloë Moretz. Although they may be competing for some of the same roles, it’s not mean-spirited. “At the end of the day, everybody really is happy for each other,” she said. 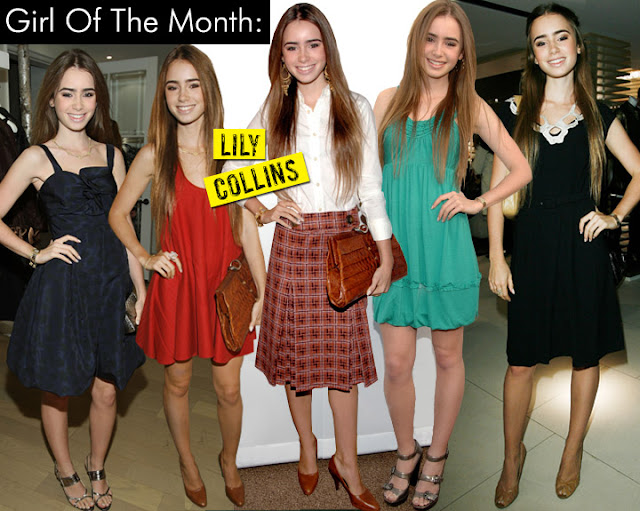 Always on the watch for budding fashionistas to hit the scene, I’m already developing a slight style crush on Miss Collins. Her distinctive eyebrows, long dark hair and super sophisticated style have quickly elevated her to “it” girl status. It seems that I’m not the only one who is taking notice of Lily. In 2008, the trend-forecasting website, WhoWhatWear, featured her as their “Girl of the Moment.” Four years later and Lily’s still making heads turn!

”I’m into big sweaters, and cool combat boots. I love mixing and matching things. Autumn/winter is great, because you’re able to mix feminine and masculine. Cool army jackets with dresses, tights and boots. I love having that masculine, edgy touch but being flirty and fun at the same time.”

When it comes to red carpet events, Lily always gets it right! Three looks, three must-have dresses – take a look! 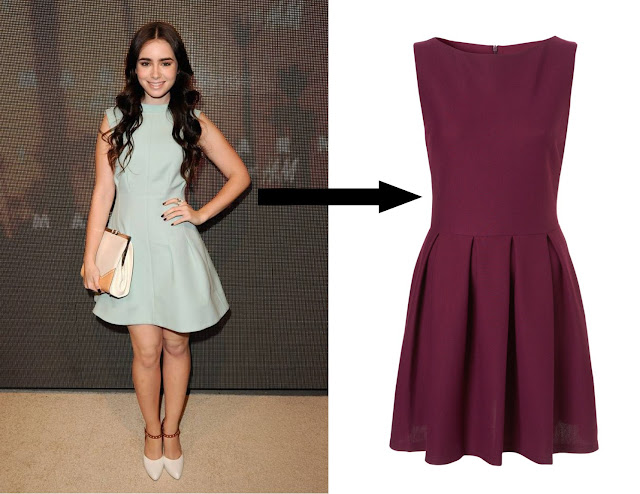 Just like you, Lily loves dressing up for fancy soirees! Wearing a gorgeous light blue dress, she keeps her accessories to a minimum and lets the dress be the focus of attention. 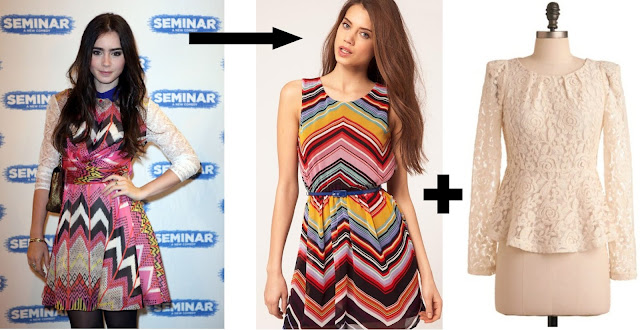 Fashion is about having fun and taking chances – don’t get too caught up in of-the-moment trends! I love how unique and colorful Lily’s dress is; she totally makes it her own by layering a lace top underneath. 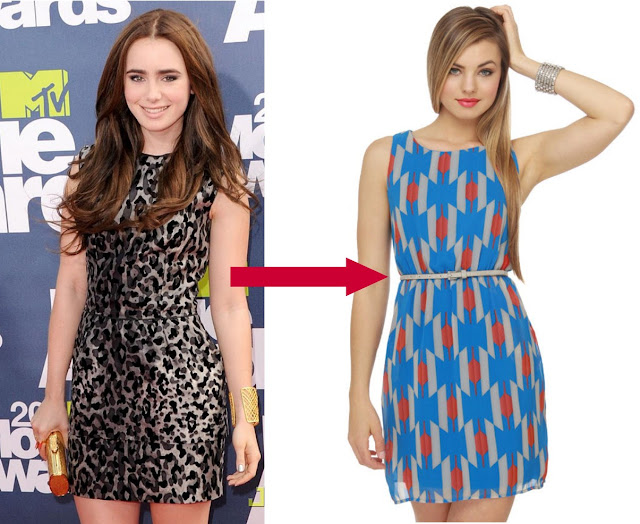 Kaleido-Scope Me Out Blue Print Dress - $36

You can wear short dresses, just make sure to wear them tastefully! Although Lily’s hip-hugging frock is short, she opts for one with a high-neckline.

If you’re like me and can’t get enough of Lily Collins, check out Mirror, Mirror, which is in theaters on March 30th!