Posted by Liz on 8:00 AM in Brooke Fashion Lifestyle Love Pop Style | Comments : 0 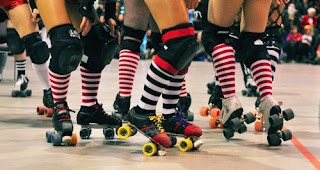 Roller Derby made a revival in the early 2000s and has since been growing across the nation and in other countries. The contact sport originated in the 1880s but aired on televisions across America in the 1940s. It then began to die down; however, in Austin, Texas the sport began to rise again.

Watching the sport brings “girl power” to an entirely new level. You do not want to mess with these women. Injuries are apparent by just seeing how many of them have their shoulders, knees, or arms wrapped up under their protective gear. 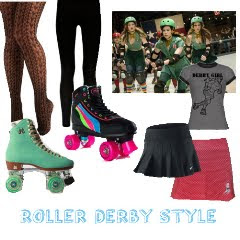 The fashion of roller derby is a thing of itself, along with their nicknames. Teams usually wear form fitting uniforms and tights. Fun knee socks and bright-colored wheels are also big. One player for the Black Ice Brawlers was called “Chrome Wrecker” and had a silver helmet, leggings, arm and knee pads.
In Essex County, Vermont, the first roller derby bout of the season happened between the Black Ice Brawlers and the Rock Coast Rollers as a part of the WFTDA (Women’s Flat Track Derby Association). 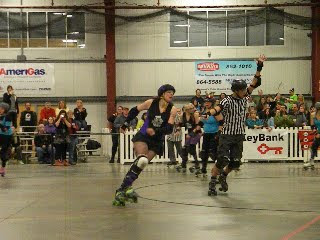 When going to your first roller derby, you may not know what to expect. You might picture a curved track and skaters jumping over each other. You may picture Ellen Page soaring through after the team did a “whip.” Some of these things happen, but it really depends on the bout itself. The bout in Vermont was a flat track where a circle was mapped out with tape.
This contact sport requires a lot of pushing, shoving and skating fast. The sound of players and coaches calling out plays and the loud supporters make it hard to take it all in at once.
If you are new to this sport, you may not know the rules. Here is a breakdown: 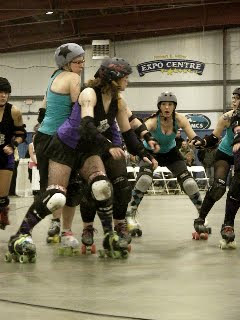 Acquiring Points:
For a visual explanation, check out this scene from the movie “Whip It.” 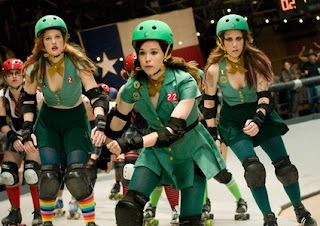 There are roller derby leagues all over the country; to find out more, check out the WFTDA website to see when they are playing or when they are recruiting!