Shut Up and Dance: CG's Exclusive Interview with Victoria Duffield 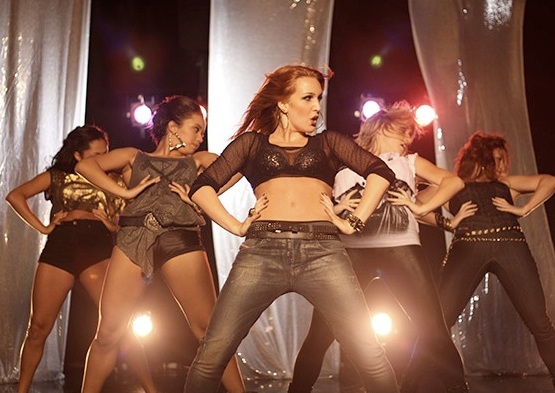 Victoria Duffield is living the ultimate teenage dream. At just 17, this rising star is showing the world what she’s got, and she’s definitely got it. With years of intense dance and singing training under her belt, this Canadian pop princess has an entire nation on their feet and it isn’t hard to see why. Her debut smash-hit single “Shut Up and Dance” is the perfect combination of electro beats and syncopated dance groove. “Shut Up and Dance” climbed Canadian pop charts at a record rate making this dance-like-no-one-is-watching tune the fastest debut single by a Canadian artist to reach the Top 10 in over 2 years. As Victoria puts it, “you only have one shot at your first single” and her first single hit the bull’s eye!

However, Victoria isn’t about to slip out of the spotlight. She is releasing her next single “Feel” on January 24th. and has plans to release an album or E.P. sometime this year. What are we in for with “Feel”? Victoria says she thinks fans are really going to connect to it. “It is another dance song and I have a really exciting music video that is coming out with it.” “Feel” is one song you definitely want to stay tuned for.

Victoria Duffield is a super-star in the making, with a glitteringly bubbly personality to match. Victoria admits that she was surprised how much recognition she gained in the music industry so quickly, but credits one piece of advice she was given at a young age for her success: “Don’t let people tell you that you can’t live your dreams, don’t take “ no” for an answer. Just keep going for it."

Read on to find out what happens when College Gloss’s Annie Robinson chats up Victoria! 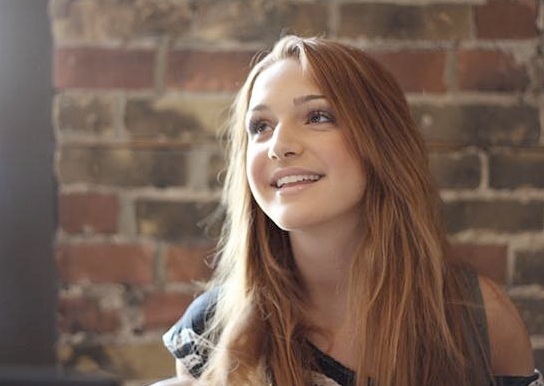 Getting to know Victoria

What do you like to do in your spare time?
VD: I spend a lot of my time working on my singing and dance training, but when I am not busy doing that I enjoy beading and making jewelry, playing card games with my family as well as shopping! I definitely spend a lot of time doing that.

What is one thing your fans don’t know about you?
VD: In addition to singing and dancing I act as well. My first kiss was actually on screen!

Who is your celebrity crush?
VD: Channing Tatum. Seeing [him] in the “Step Up” movie and seeing that he could dance! I was a fan of that.

What’s the best advice you have ever been given?
VD: Don’t let people tell you that you can’t live your dreams, don’t take “ no” for an answer. Just keep going for it.

If you were animal, what kind of animal would you be?
VD: I would want to be a bird; I’d love to fly. 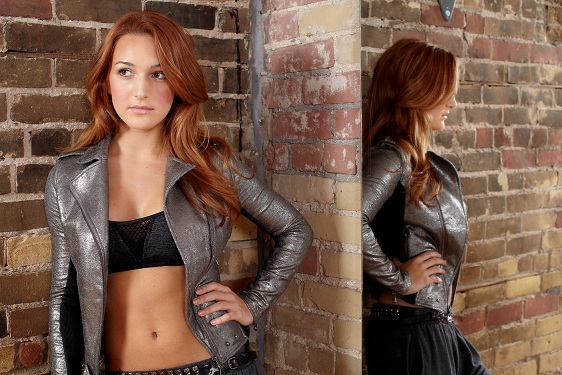 You have been into the arts for a very long time, how did your passion for music, dance and acting all begin?
VD: Right from the beginning my parents saw that I had a sense of rhythm. I was a dancer from a very young age I started to get into singing when I was 7. I knew that I wanted to use dance as a pop artist. I love entertaining! With music constantly around me as a dancer and a singer it was natural, performing is something I have always had a passion for!

What styles of dance do you train in?
VD: I have trained in jazz, tap, ballet, pointe, lyrical, contemporary, acro... I’ve done it all and I have trained many hours in each of them!

What is your favorite style of dance?
VD: My favorites are probably jazz and hip hop. They have that amazing hard-hitting edge which I love.


So, who are your musical inspirations?
VD: Growing up my main inspiration was Britney Spears, but I am also inspired Janet Jackson and Michael Jackson…they’re star quality. They bring incredible energy to performances; I call those people the true entertainers. They deliver a full-out singing and dancing show!

What’s the best part of working in the music industry?
VD: Live shows! My passion has always been the performances so it is great to always have an audience.

What is one thing that surprised you about the music industry?
VD: The song writing process. Before being a part of the music industry I was not aware of how many artists wrote their own music. I am definitely excited to have been involved in the writing of “Shut Up And Dance”. When you write your music, you feel more what you’re singing,

What singer would you like to collaborate with in the future?
VD: Britney Spears has always been an idol of mine, so it would be really great to work with her. It would also be cool to work with Justin Timberlake who is also a dance artist!

How does it feel that your first single has become so popular?
VD: I was surprised! As an artist, you hope that when you come out with your first single it will go well, but I was really nervous. You only have one shot at your first single. It has been so exciting and I am so thankful it is great that everyone has loved the song and the video.

What kind of message do you want to spread through “Shut Up and Dance”?
VD:  Living in the moment! This song was all about casting your worries aside for some other day I definitely want to portray positive messages to people even though pop music is hard-hitting and edgy, a positive message can definitely be read through each song!

What was it like working on the song “Shut Up and Dance”?
VD: It was totally fun, I loved being a part of it. The funny part of the song is that growing up, in my family, saying “shut up” was something that was not very nice. To me it was thought of as like a swear word…you don’t say that! It is kind of ironic that my first single has those words in it!

Let’s talk about “Feel,” your next single. What was it like working on that song?
VD: I came up with the initial idea and then worked with a songwriter in Toronto. We also teamed up through Skype to continue working on the single. It was really neat how we all collaborated together! This song definitely has a different vibe to “Shut Up And Dance”. It has more of a dance vibe. I am super excited about this one. 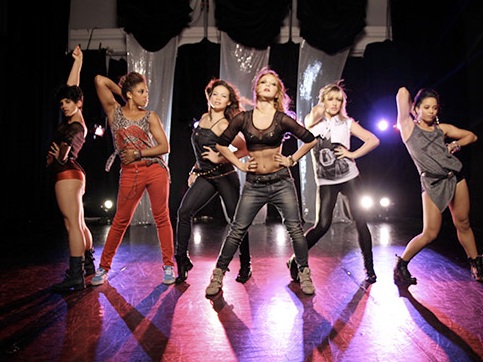 Dance was a dominant part of the music video for “Shut Up and Dance”. Why was that important to you?
VD: It was very important. In 3 minutes you have to show everybody what you’re about and what you bring as an artist. For me having that dance element was crucial for the video. I had dancers from “So You Think You Can Dance Canada” which was pretty cool. It is great to be with people who are so into dance.

What was it like making the music video for “Feel”?
VD: “Feel” has an edge, so I wanted an edgier scenario. I wanted more dance and I visualized darker outfits with a touch of glam! There is more choreography it is really cool.

What is it like before you go on stage?
VD: For each performance I do get a little nervous, but once I am on stage I am totally comfortable! I live for the moment and love it.

What is your favorite outfit that you have ever worn to perform in?
VD: Back in November 2011 I wore this amazing sparkly jacket. It was all black and all sparkles. It was very cool to sing in.

What is your look for performances?
VD: My overall vibe would be casual and hip crossed with glam. I’m all about taking an outfit and adding a cool extra touch to it! I want to make things unique.

What do you think about while you perform on stage?
VD: Choreography and lyrics come naturally to me. I like to think about how the audience is connecting, I want to keep them engaged! It is really important that I tell a story with every song.
Fans

What is your relationship like with your fans?
VD: Fans are so important and I am thankful for every one that I get. I always try to connect with them through social media such as Facebook (Victoria Duffield) and Twitter (@VDuffield). In November 2011 I came off stage after a performance and this girl came up to me and started crying, she was so excited to meet me. We ended up taking some pictures together with her friends. 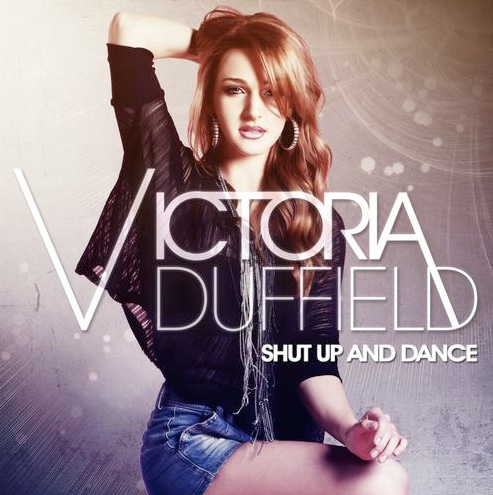 Working On An Album

Are you working on an album or E.P. now?
VD: Yes! We are working on releasing thing second single and then we will release a third single. I want to release and EP or Album sometime in late spring or summer. Then taking those songs on some sort of tour would be amazing. It would have a feel like “Shut Up and Dance”… dance, fun, pop, edgy!

What artist do you feel you relate to with music?
VD: I love Selena Gomez’s style! She has super cool fashion taste and I love her music right now too.

How have you grown as an artist?
VD: Every performance you grow some more, I have had the chance to work with choreographer Luther Brown and that has been really cool. Every time I get to work with him I learn so much more and I grow more and more. He has such a vision when he is choreographing. When you see everything all together, it is just like, “How did he think of that?” He's such a smart and creative choreographer.

Where do you want your music career to be in 10 years?
VD: I want to be an internationally known pop star. I want to tour Canada, the U.S. and all around the word. I want lots of albums and lots more tours! I want to be known everywhere.

What do you want to achieve in 2012 as a performer?
VD: More performances. I want to keep improving, learn more from Luther and definitely do more [song] writing!

What can fans look for from you next?
VD: Well, on January 24th 2012 my new single “Feel” will be out, which is exciting!


Want more Victoria? Check out the music video for “Shut Up And Dance” on Youtube and download Victoria’s latest hits from iTunes! Plus stay plugged in to all things Victoria on her official website!