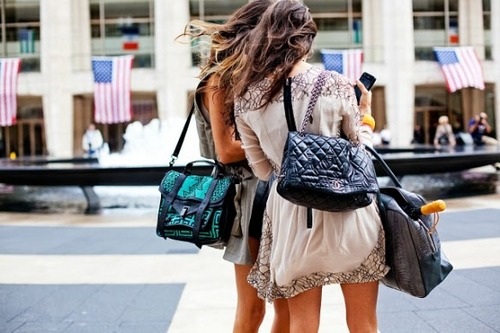 At some point in our lives, we have probably all had a frenemy. A frenemy is a "friend" who sometimes acts like an enemy. But how do you know she's really a frenemy and it's not all in your head? After all, she acts nice to you all the time.

Frenemies will generally act nice, but they won't want what's best for you. If she's only there when she needs something from you, she's probably not a true friend. Sometimes frenemies be overly competitive about everything: guys, who's prettier, grades in school, and random small things you might not even notice. You'll tell her you really want something, and then she'll go for it - and sometimes gets it. She'll veil an insult in a compliment and lie to get what she wants.

The thing is, you don't really need her. In fact, your life would be better without her. She's someone who stirs up negativity, even though you might not be able to pinpoint exactly why. And this year, you want to be positive. So shed all the negativity out of your life, including your frenemy.

How? There's no need to make a big scene or deal out of it. Just gradually start easing her out of your life. Hang out with your other friends, or make new ones (I know it's easier said than done, but it's worth it!) Stop agreeing to hang out with her whenever she wants you to, and keep in mind what's best for you.