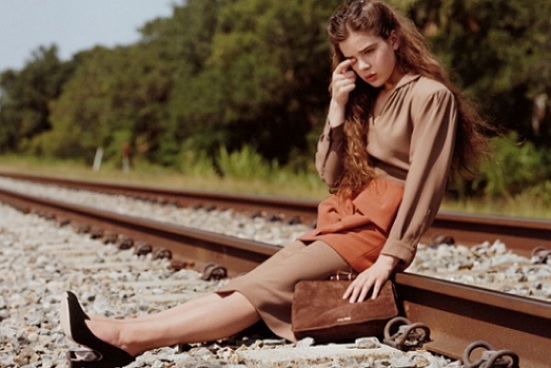 Traffic safety isn't necessarily a high fashion concern, but actress Hailee Steinfeld's latest ad for Miu Miu is bringing some critics to a halt. In the ad in question, the 14-year-old poses in a conservative beige knee-length dress and clutches a brown satchel while perching atop a set of train tracks. There is nothing overtly sexual about the photo, and Steinfeld appears to be a healthy weight.

According to the British ASA (Advertising Standards Authority), the image of Hailee sitting on the train tracks is considered "irresponsible" because it shows a child in an unsafe location. 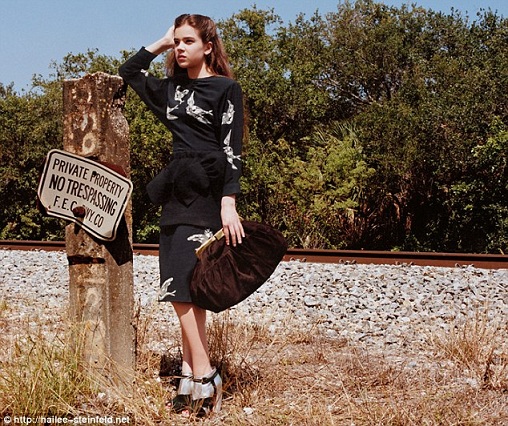 Miu Miu argued that Hailee "could have easily moved from where she was sitting because she was not restrained in any way," but that didn't persuade them and the ad was yanked.

What do you think? Is it fair enough getting removed?
By: Vinh Nguyen | Images: Source, Source