From Hooking Up to Dating: The College Girl's Guide to College Love

If we could define college dating in Facebook terms, I feel like almost everything would go under "It's complicated." But if your friend tells you that "it's complicated," we always want to know more. So how can you tell what she means when she's talking about her new guy? 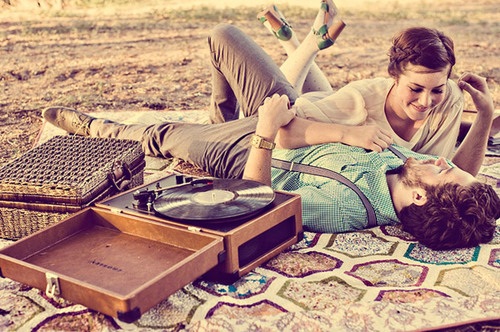 "Talking"
When you're talking to a guy, you might not even know if he likes you back yet. If you do know he likes you back, but you've only been hanging out and haven't gone on many real dates, you can still say you're talking to the guy. Either way, you're testing the waters and at least one of you is probably not 100% yet on whether they want to take the dive. Get to know the guy, and just enjoy the fact that you guys are hanging out.

"Dating"
Maybe you've had the talk about giving yourselves a label, but maybe you haven't. Either way, you've gone out with the guy more than a few times and hang out regularly. However, even if you've labelled yourselves as boyfriend and girlfriend, usually this is still in the earlier phases of the relationship.

"In a Relationship"
After you guys have been going out for awhile AND you've had the talk about becoming exclusive, you can officially say you're in a relationship! Revel in the idea that you have a guy who (hopefully) loves you and only you.

"Hooking Up"
Hooking up doesn't always mean doing the dirty, although in many cases it can. If you've hooked up with someone, it could simply mean that you made out with him (or her). This one's a little tricky! Hooking up could be a one time thing or an ongoing act.