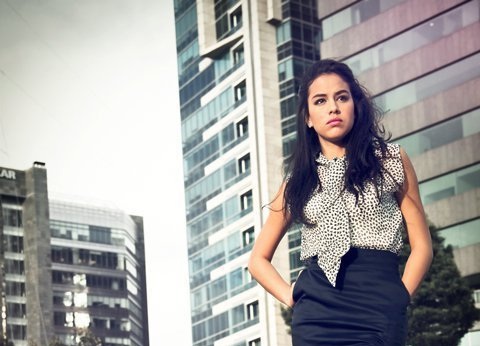 When I was starting college a year ago, I believed I could find a genuine relationship. Of course, when I told my friends, I was quickly shot down with: "College guys just want a good time", "College guys don't want a relationship" or "College guys are all jerks". With my optimism in hand and determination to prove them all wrong, I talked to guys on campus and was surprised to find that some guys on campus actually seemed interested.

The guys who would try to chat me up did a pretty good job.  Although I'm a hopeless romantic, I must say I have some skepticism when it comes to pick up lines. I'm constantly questioning whether the guy is telling the truth or just feeding me some bull. Well, let's just say that the second semester of my freshman year truly did show me why my skepticism peeps out from time to time: it's necessary. Yes, as much as my friends would try to tell me all college guys wanted was sex, I would try to feed them the same line I'm sure you've all heard and believed at least once in your life: "Maybe he's different. There has to be some guy out there who wants more than that." And while I do completely agree that not all guys match this description of only wanting parties and hook ups, I have officially been slapped in the face to realize that a lot of the time, guys at this age truly just want some fun.

I've been slapped by this reality a couple times during the past months. I won't write a novel and tell you every single situation in complete detail, but I will tell you about one guy. This guy, who always stared at me, finally decided to introduce himself one night at the library. Admiring his boldness, I continued to say hi and carry conversations with him from time to time. He then proceeded to use his moves and get my number, which then lead to flirty texts, which then lead to my friends telling me he obviously wanted a hook up... which then lead to me denying it and believing maybe he truly did just want to get to know me.

To wrap this train wreck up, we became friends and joked around here and there. Then one night after I got off from work, he texted me asking to come over. Naive me thought, "Okay, what's wrong with friends hanging out?" and went to visit him in his dorm after a quick visit at my friends. We starting by conversing and joking around. Before you know it, he was trying to make out with me on his bed. Did I go along with it? No! I'm a firm believer that if something doesn't feel right, then why go with it? This situation didn't feel right with me, so I somehow moved my way out of it (literally) and proceeded to leave his room. Feeling confused, I awaited to see how he would treat me after I "rejected" him. Did he acknowledge my presence when I saw him? No. Did he ever text me again? No.

Do all guys just want hook ups? I can't stereotype all college guys, so I'll say no. However, my first year of college truly showed me that even though it is just a stereotype, it's a stereotype for a reason! No, not all of these guys are bad. But during this time of their life, a commitment or relationship is the last thing some of them are thinking about. And even though some of us girls think so far ahead of ourselves and analyze every little thing, it won't make our own version of "Prince Charming" come any quicker.

So I propose a solution: wait. If you're the type of girl who likes the thrill of a random hookup or friends with benefits, then more power to you. But if deep down we want a relationship, and if we continue to pine after every guy who uses us, desires us one minute then forgets us the next, or kisses us at a party and then goes M.I.A., we will miss out on all the good there is in college and life in general. And there's SO much fun to be had! Besides, who says waiting has to be boring?