"HELP! There's this guy who I've been friends with for like 6 years and we used to be super close when I had a boyfriend. I didn't realize he had a crush on me until he told me afterwards. It's been a while since my ex and i broke up and i realize i'm starting to fall for the guy! WHAT DO I DO?! The problem is he doesn't seem to be interested in me, but he gets jealous because i'm very close to his guy friends." - Missed Opportunity

It sounds like your friend’s feelings got hurt along with his ego. The saying that guys and girls can't be just friends comes to mind upon hearing your dilemma. Despite you having a boyfriend at the time, he probably assumed that because you guys have been in each other’s lives for so long, that his proclamation of love would trump your newfound relationship. I believe his lack of interest is because of his wounded ego. Telling someone that you like them is a terrifying experience and his experience was even worse as you did not feel the same way. However, deep-rooted feelings don’t go away over night, so I believe there is a chance for the two of you to work things out. You have three options. 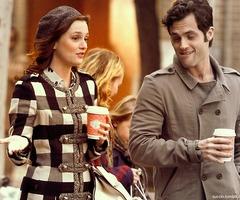 Option 1: You get him to regain his comfort and confidence around you by doing activities that you guys use to do before he confessed his feelings. Once he is back to his old self you can now put yourself out on the limb and tell him how you feel.

Option 2: You come out and tell him how you feel and hope that this confession defrosts his cool attitude toward you and the two of you can start a romantic relationship.

Option 3: You give him some space to get his mind straight and hope that he realizes the two of you have a chance have a great relationship.

Whichever option you choose, I recommend backing off from his friends. When a guy’s pride is wounded, they can be just as spiteful as girls. In his moments of jealousy, he could be bashing you to his friends, so just try and not flaunt your relationship with his friends in his face. Remember he needs some recovery time!

No matter the outcome remember to keep your head up because you know you did everything you could for your relationship with him whether it's as friends or something more!