5 Reasons We Love British Show "Made In Chelsea" 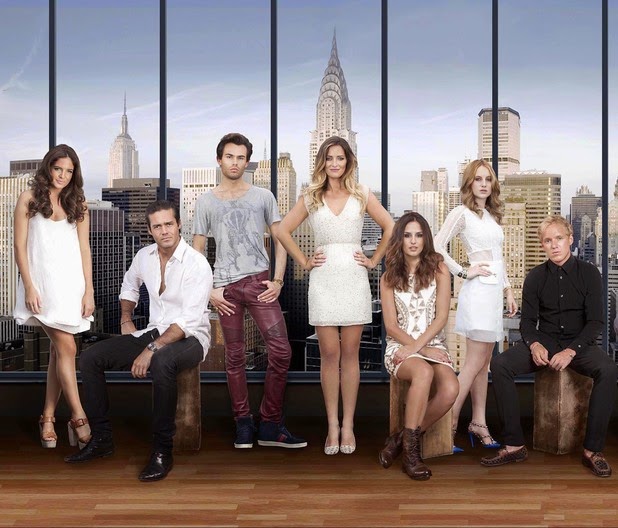 Last week’s season finale of Made In Chelsea NYC was intense to say the least. With relationships ending and new ones forming, and just lots and lots of drama, the show is definitely a great source for entertainment. Although the spin-off series of Made In Chelsea has just ended, no need to be sad. By the looks of it, season 8 is approaching and is expected to return fairly soon.

For those who are unfamiliar with the show, the reality television series, Made In Chelsea follows the lives of a group of 20-somethings throwing lavish parties in some of the London’s most exclusive hotspots and traveling on holiday around the world. The show is a MUST to watch so if you haven’t seen it yet, you can catch up on all seven seasons, including the spin-off season in NYC online before it comes back in October!

Read on for the five reasons why you should watch Made In Chelsea.

Amazing Soundtrack
From the series’ theme song “Midnight City” by M83 to songs by artists such as Lorde, The 1975, HAIM, as well as newcomer, Banks - the show has the best soundtrack on TV. The series features a mix of well-known and up-and-coming artists. In addition, the music is perfectly placed to convey the appropriate emotions.

Impeccable Style
It’s no surprise that the cast members have impeccable style wearing the most expensive designers such as Prada, Valentino, Saint Laurent, and more. They shop at the best luxury stores including Harrods, London’s most famous department store. It’s even more refreshing that the male cast members are just as trendy and daring with fashion as the ladies. A few members even have their own fashion blogs.

Comparable to The Hills
If you’re a fan of The Hills – this is the show for you! It has just as much if not more drama. Not to mention, Stephanie Pratt has made several appearances in season 6 as well as the spin-off in New York City. It also looks like she will be appearing in the latest season since she has something brewing with Stevie, one of the main cast members.

The Friendships
Although there has been suspicion that the show is fake, there’s no doubt that the friendships are real - from the bromance between Stevie and Andy to the sisterly and brotherly relationship Lucy and Stevie have. Fans know that Lucy will always have Stevie’s back. Although the cast may get into rifts with one another, there’s no denying that they will make up in the end - just like longtime friends Cheska and Binky did.

The Cast
You have Lucy Watson who is blunt, opinionated, and let’s not forget her one liners, especially her most famous from season 4, “Why is everybody getting up in my grill?” Then there’s ladies man Spencer Matthews (who repeatedly cheated on his former girlfriend Louise); and the life of the party, Jamie Laing who just likes to have a good time; Proudlock who is really edgy but wise - all of them are really different but complement each other well. Whenever they’re all together, it makes for great entertainment!

Drawing in more viewers each season, the buzz surrounding Made In Chelsea is evident. If you want a show with lots of drama, romance, and more drama MIC is the show for you! Catch up on the last seven seasons including the spin-off series before the new season premieres in October! I promise you, you will be addicted!