Posted by Liz on 7:30 AM in 5 Reasons We Love Entertainment Nicole Levitt | Comments : 1

"Pretty Little Liars" came back for one night only to premiere their Season 4 Halloween episode, and the spooktacular event was better than ever! PLL’s Halloween episode was quite the fright fest with the liars finding themselves in new and dangerous situations. From Hannah’s shenanigans to Ezra’s secrets to the scary town of Ravenswood, the episode definitely kept us on our toes the entire time. We don’t want to give away too many secrets, so read on for five reasons why College Gloss loves "Pretty Little Liars." But, beware that this recap may contain some twisted and spooky spoilers. 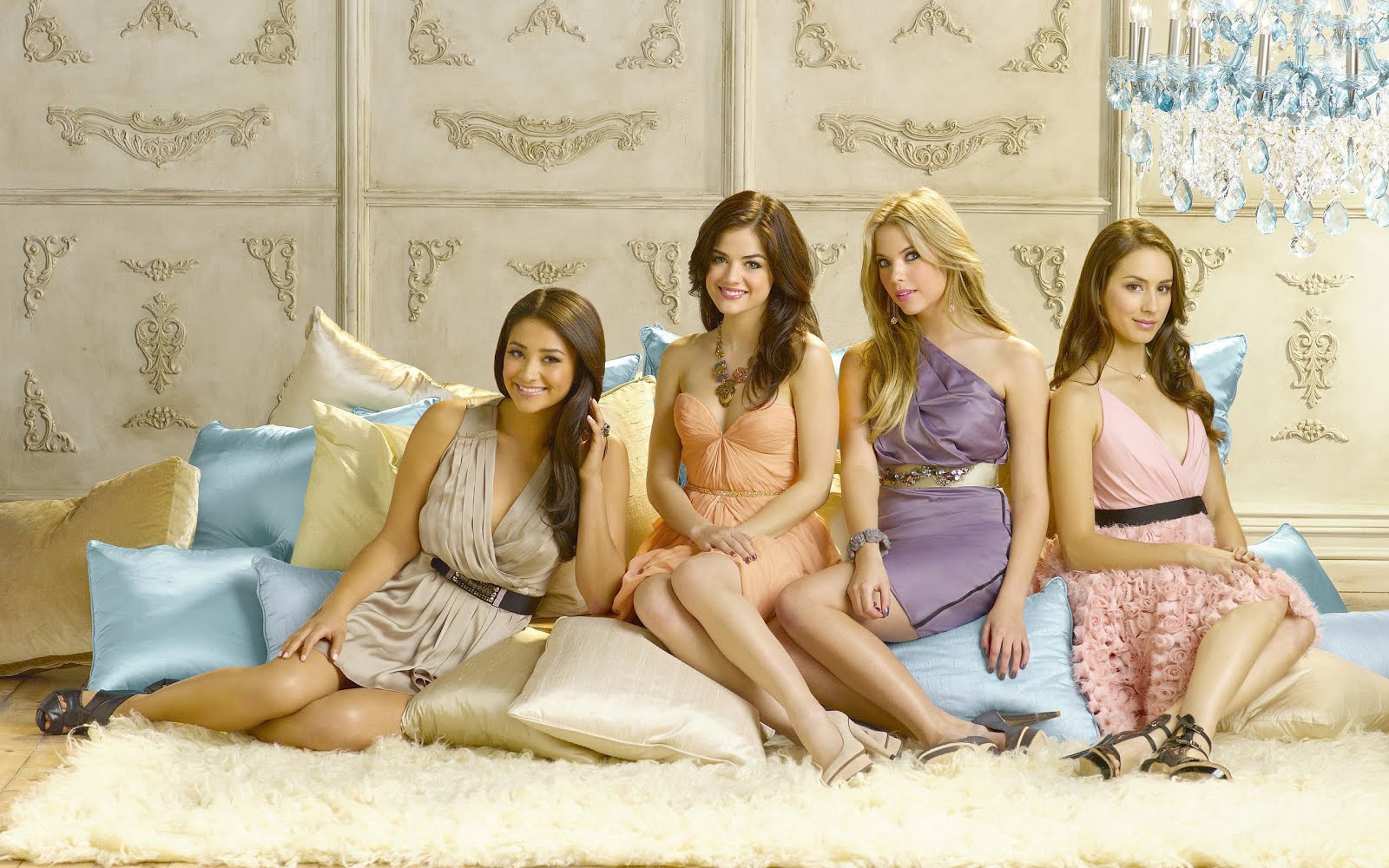 From Aria’s edgy outfits to Spencer’s chic and sophisticated style, the girls always wow us with their ah-mazing ensembles. In every episode, the Liars’ outfits are better than the last. We’ve seen them in ball gowns, school clothes, and in the most recent episode, vintage clothes from the Victorian era. No matter what they’re wearing, all four girls always flawlessly pull off each and every outfit.

He may be Hannah’s beau on "Pretty Little Liars," but that doesn’t mean Caleb (Tyler Blackburn) can’t be our eye candy. The 27-year-old hottie pretty much grabs everyone’s attention with his strikingly good looks, big heart and toned muscles. Although we’re definitely upset that this new spin-off, Ravenswood, means he will no longer be a big character on PLL, we can’t wait to see him as a lead in his own new and spooky show.

3. The Never-Ending Scandals and Plot-Twisting Scenes

"Pretty Little Liars" pretty much always keeps us on our toes with the nerve wracking and eerie vibes that the show is known to give off. The nonstop scandals and schemes continually make us eager for more. Not to mention, the constant search for the identity of the real A is always a crazy rollercoaster ride. From one episode to the next, PLL never seems to disappoint and always keeps us on the edges of our seats.

We have been seeing two girls in red coats around Rosewood and Ravenswood for a while now, but hadn’t been given any compelling answers … until now. While we knew that red coat No. 1 was Cece Drake, the question regarding who red coat No. 2 was had remained a mystery for far too long. In a crazy twist of fate near the end of the episode, the girls chase down red coat No. 2 and finally find themselves face-to-face with the REAL Ali.

5. We Feel Like We’re Solving the World’s Biggest Mystery

Every time we watch PLL, we feel like we’re Nancy Drew, solving a new piece of the never-ending mystery. When one secret is uncovered, there’s always another question lingering behind the next corner. "Pretty Little Liars" has the ability to bring out the detective that is inside of each and every one of us.

All of these gut wrenching scenes, never-ending questions and juicy drama are only a few of the reasons that people cannot get enough of this mysterious show. The fourth season’s Halloween episode has left PLL fans everywhere eager for more. But, for now there’s nothing else we can do except wait until January when the season continues with new and even more scandalous drama.