Posted by LaurenSawyer on 7:30 AM in 5 Reasons We Love Alnycea Blackwell Entertainment Fashion Lifestyle | Comments : 2 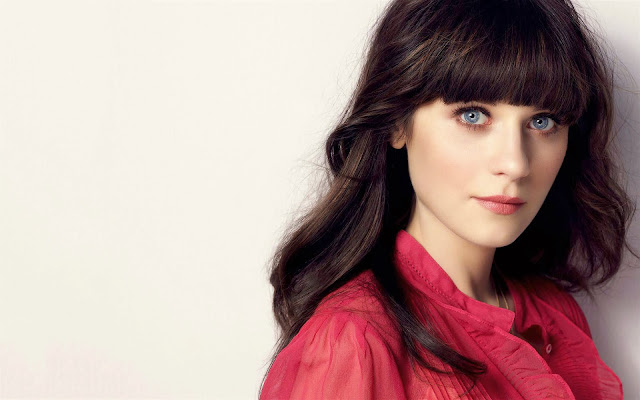 Quirky. Weird. Awkward. Three traits once considered undesirable, until a blue-eyed brunette with bangs made America fall in love with her. During the course of falling in love, America fell in love with everything once considered abnormal. Zooey Deschanel’s peculiar and odd nature set her apart from other Hollywood starlets because she wasn’t the glam girl, the popular girl, the girl next door…she was just Zooey, the dorky girl from California. Which is why College Gloss loves Deschanel.


Her “weird” nature
Quirky, "adorkable," awkward…whichever way you put it, Deschanel is not your average starlet. Although there was a time she did not fully embraced it, she has now fully accepted who she is, and it makes her feel more relatable. It’s kind of like her character Jess said in the show New Girl “We’re weirdos. But that’s who we are. And that’s fine.”

Her old-fashioned vintage style
This is definitely a breath of fresh air in the Hollywood scene because Deschanel is not like one of those glammed-up Hollywood personas. On and off-screen Deschanel dons an old-fashioned sense of style and even lifestyle: “I love old music, old movies, screwball comedies, vintage clothes and basically I'm an old-fashioned gal.”

Her artistic soul
Everyone knows Deschanel is an actress, but do you know she is a singer and musician as well? She is part of a band named She & Him. Deschanel said: “I always thought I would be able to sing and act, but at a certain point, it became difficult for me to share the music part. So I was writing a ton of music, but not really doing anything with it. I didn’t really know exactly who to collaborate with…until I met Matt, and everything seemed to fall into place.” Their first album was released in March 2008. Deschanel plays the piano and ukulele for the band.

She encourages female empowerment
HelloGiggles, Deschanel’s website, is a site that was made partly to create a positive place online for girls. “I just felt it's important to teach young girls to be strong people, to not think, I can’t do this because I’m worried about what people will say. There are worse consequences, but online negativity stops people from being creative, part of which is having bad ideas as well as good ideas. When somebody says, ‘That idea’s stupid,’ you stop your flow of ideas. We can’t have the next generation be so afraid because they have been attacked.” The website is an environment for females to find some laughs and things to enjoy.

She’s a busy woman
Deschanel acts in a hit TV show, performs in a band and runs the website HelloGiggles for women…that in itself is a reason to love her. She’s an everyday woman whose work never ends. Isn’t that the way it is for the rest of us? This solidifies that Deschanel is just like us, and overall, that is what we love about her.