Get the Scoop on Horoscopes 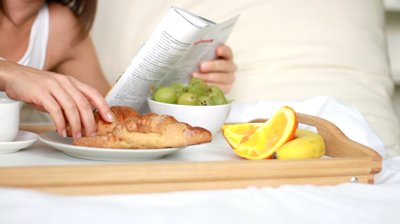 There are some who refuse to entertain the idea of astrology and others who find infatuation in the eerie coincidences that astrology can be have. While modern day astrology is used on a day-to-day basis for more trivial predictions, it was once a science used by kings and emperors in order to best predict the timeline of major events, including war and natural disasters. The Babylonians are said to be the first to dabble in the science of astrology, which for over 2,000 years was considered to be the same as astronomy. The concept behind astrology is that elements, such as the moon, sun, planets and constellations, have influence and correlate to natural events that may occur throughout the world.

Many believe modern day astrology provides too broad of predictions when making predictions on popular subjects, including finances, love (compatibility) and wellness. Early astronomers determined zodiacs based on which constellation was in on the day of birth. However, according to LiveScience current horoscopes are outdated because zodiacs are correlated to the position of those constellations have shifted since astronomers' first reading 2,200 years ago. Due to this shift, there has actually been speculation of a 13th sign, “Ophichus,” for birthdays from November 29 through December 17; this obviously changes zodiac as we’ve always known it to be. Interested in knowing what your new sign would be if the entire world were to go by this updated zodiac? Check it out:


Lots of research points to us, as human beings simply seeking validation through horoscopes -- despite how accurate the daily horoscope actually is. “When empirically false statements sound positive, they will agree that the traits describe them accurately.” This is known as the Forer Effect. Psychologist Bertram Forer conducted a series of experiments, having participants take a personality test that came with a written analysis of their results. Although the subjects found their results to be accurate, each person had received the same analysis that was taken from the newspaper; thus, the conclusion of this experiment resulted in the Forer Effect.

So yes, horoscopes were once very accurate sources. There hasn’t been any further research or updates from astronomers to accurately account for today’s zodiacs and horoscopes. However, there’s nothing wrong with peeking at your horoscope for a little inspiration or entertainment every blue moon (as I know I will).