College Dating: He Was Perfect Until...

Posted by LaurenSawyer on 7:30 AM in Boyfriend College Dating Dating He Was Perfect Until... Jasmine McCain | Comments : 0 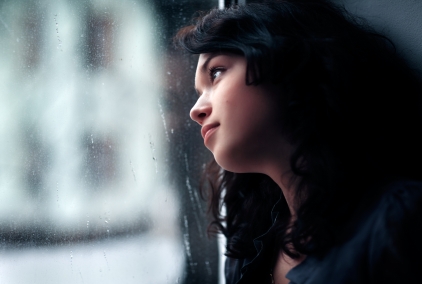 A great first date can easily take a turn -- from awful table etiquette to a sloppy first kiss; sometimes it just hits you that under those dark locks and the six pack, he may be a different guy than you knew when you met. When he shows his true colors -- smacking when he eats, spitting on the sidewalk or terrible misuse of grammar -- will you realize you’re the perfect match or that you’re on opposite ends of the spectrum? Weighing in on the moment of clarity, the “perfect until” moment, are several college students as they recount an experience where reality and perception clashed.

You realized he didn’t respect you
No one wants to feel uncomfortable on a date when her beau finds it more important to socialize than to pay attention to his girl. “We went out in public and everything was about him and being the cool guy,” said Caytlyn S., 19. “[He knew] EVERYBODY, and I felt like he didn’t even know I was there anymore because he was so busy saying hi to so many people.”

Generally, people want to feel special and like they are the only person their lover has eyes for. For some people, a partner who’s got a bad case of flirtation is just a deal breaker, and Leandra M., 21, said it just wasn’t worth it when she “realized he was a big flirt and selfish.”

Infidelity often has this way of clearing the fog. “He was perfect until he cheated on me,” said Elizabeth G., 21. Sometimes you just don’t see that coming, and realizing that your partner’s been with someone else isn’t the most pleasant way of coming to realizing that you shouldn’t be with him.

“I realized he controlled every move I made,” said Elisabeth H., 21. The last place many women want to feel disempowered is in her relationship. Along the same lines, Shelby M., 21, wouldn’t put up with a lack of support for women empowerment: “He laughed at the idea of feminism,” she said.

Sometimes a guy doesn’t let his lady fully express herself. Jessica R., 21, said this about a relationship she had, “He told me to stop singing in the car because it’s annoying.” It was obviously something that she did often and enjoyed doing, but instead of encouraging her to rock out her beau rolled over her feelings.

You noticed that you don’t share the same values
“[People] become too attached and involved too quickly and overlook the problem areas,” said Dr. Van Epp, a relationship expert and the author of "How to Avoid Marrying A Jerk." “Even when you know what to look for in the dating process, you can still be blindsided,” he added when writing about what he calls the “love is blind syndrome.”

When your opinions always seem to be in the shadows, and it’s his way or the highway, sometimes you’ve just got to choose the highway. “I realized how he always felt the need to be right and ‘holier than thou,’” said Lacaya H., 20.

“I realized he loved me more than Christ,” said MaryKate C., 21. For many people who identify as Christians, this would also be a problem as they’re told to put nothing above Christ not even family or a lover.

“Value differences are either unrecognized or ignored in the beginning of most relationships because individuals believe that value differences should not be problematic for individuals who are deeply in love,” wrote author, motivational speaker and psychotherapist Dr. Dwayne L. Buckingham. Why is this such an issue, you may ask? “Well, these differences can be problematic [because] lack of compatible core values will destroy or create distress in your relationship,” Buckingham added.

What should you do with an imperfect man?
First, take steps toward working out your own flaws. Are you the picky eater who tears up her food and fails to use utensils? Are you the awful dancer who can embarrass him by shaking a tail feather everywhere? If you realize that you have idiosyncrasies, you’ll never again have the expectation for anyone else to be perfect.

Second, acknowledge your partner will never be perfect. He could become Mr. Perfect-for-you if you give him a chance and keep him around. Evaluate his less favorable traits, and decide on your deal breakers. A guy who has to have his way may take it down a notch if you stand up to him just once and a guy who flirts with other girls may be acceptable if you mutually agree to an open relationship.

Third, either you accept his flaws or you don’t. Stick by his side and support him as you both strive to mature and become more like the ideal versions of yourself. Or you should let him go, and give him an opportunity to find someone else who will accept every part of him, which will allow you the freedom to find a guy who fully accepts you as well.

Take heed from these CG informants’ hard-earned wisdom to see when it may be time to break off the relationship. But also take heart, you may be able to make it over this road bump too, with just a little introspection.