Posted by Liz on 7:30 AM in 5 Reasons We Love Lifestyle Mallory Feeney Pop | Comments : 11 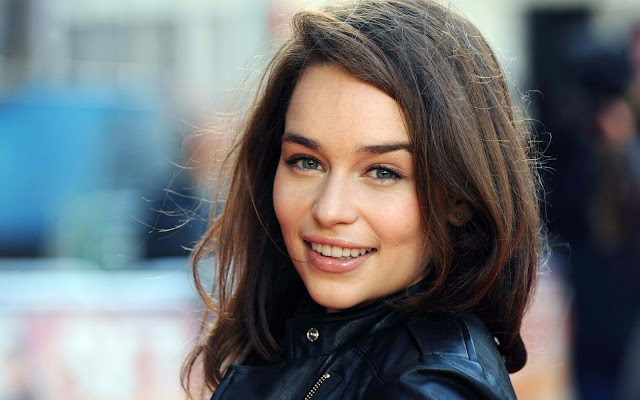 Emilia Clarke is a Hollywood actress with heart, drive and a fantastic acting instinct: she understands that you have trust yourself and your abilities before listening to your critics. She’s been starring on the HBO hit “Game of Thrones” as Daenerys Targaryen since 2011, and now Clarke can add Broadway bombshell to her resume, currently starring as Holly Golightly in Truman Capote’s “Breakfast at Tiffany’s.” (The role was originally played by Audrey Hepburn in the film adaptation.)

Clarke grew up in Buckinghamshire, England with her family, and her love for drama and acting began when her mother brought her along to a theatrical set of “Show Boat,” where her father was a theater sound engineer. At the age of 3, Clarke fell in love with the lights, camera and action of a set, and she performed in shows throughout her school days. She also studied at the Drama Centre London, where she acted in 10 plays before moving to America after graduating in 2010.

Read on for five reasons why CG loves Emilia Clarke. 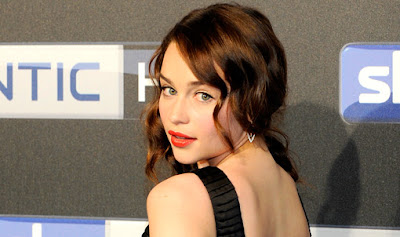 1. Acting isn’t just her career path, it’s her craft
When it comes to young Hollywood, some actors and actresses are just into acting because it can come with a big paycheck, or they want their 15 minutes of fame. To Clarke, acting isn’t just some job with a paycheck; it’s her chosen craft. And like any skill, she wants to work at it and perfect it, which shows her true dedication. In an interview with The Telegraph, Clarke explained her approach to her character’s role on HBO: “We both started out as naive young girls with plenty to learn ... I feel like I’ve learned a huge amount. I think we’re similar in that we try not to make the same mistakes twice. Not to sound too much like an obnoxious actor, but the character never really leaves me.”

2. She doesn’t sweat the small stuff
No one’s perfect, but celebrities often feel the pressure to be the best at all times, whether it’s on set of their latest movie, or when they’re walking the red carpet for an awards show or premiere. Clarke breathes new life into the Hollywood scene by understanding that ignoring the negativity and gossip, instead of perpetuating it, is the best option . Clarke has said, “...I don’t really look at stuff online. At the start I was looking and found something which wasn’t very nice, so now I leave it all. My life is unrecognizable compared to what it was- ‘Game of Thrones’ has opened doors that were never there before. But it can be dangerous to see it in those terms, I think. It’s best to take it as it comes and work as hard as you come, and hopefully the other things fall into place.”

3. She skillfully transitioned from screen to stageAlthough she was a stage actress during her school days, performing on stage wasn’t something that Clarke had done in a while, since her role on HBO takes up much of her time. With the support of her family, friends and “Game of Thrones” cast and crew, Clarke decided to take on Broadway as the lovable ‘Holly Golightly’ in “Breakfast at Tiffany’s.” Since opening night March 20, Clarke has been praised for reprisal of the role originated by Audrey Hepburn.

4. She’s as generous as she is talentedClarke is also admirable because of her kind and hospitable attitude. Always thinking of others, she often brings food and goodies to the sets of “Game of Thrones” and “Breakfast at Tiffany’s.” It’s refreshing to see a young actress thinking of others, as opposed to acting like a diva who demands “this and that” in their dressing room. In an interview with vulture.com about “Breakfast at Tiffany’s,” Clarke joked, “Everyone keeps calling me the Jewish mum, because I keep trying to feed everyone ... I’m loaded like a pack horse full of treats every day, but I think they’re appreciated, you know? It’s nice to do stuff for people when everyone’s stressed out.”

5. She can poke fun at herselfEmilia Clarke is both down to earth and level-headed, and she doesn’t get too wrapped up in being a celebrity or breakout television actress. In fact, she is humble and can have a laugh at herself from time to time, which makes her a great role model for young women today. When Clarke was a guest on “Late Night with Jimmy Fallon,” she told Fallon that sometimes she feels silly talking and communicating to dragons that aren’t “there” on the set of “Game of Thrones” because the dragons are later added in editing via CGI technology. She said, “When you’re filming it, you kind of feel like an idiot.” However, this challenge will only strengthen Clarke’s acting abilities.


Emilia Clarke is humble and lovely, and she just may be one of the most level-headed and charismatic actresses on Broadway and HBO today. Along with her current acting roles, she has just finished production on a new movie called, “Dom Hemingway” with Jude Law (its release date hasn't been made official yet, but it should most likely be in theaters by the end of 2013). Whether it be screen or stage, the limit is infinite for what Clarke can achieve throughout her career, and CG can’t wait for Clarke’s next venture.