Posted by Kaitlyn on 7:30 AM in Fashion Hannah Barnes Red Carpet to Real Life | Comments : 0 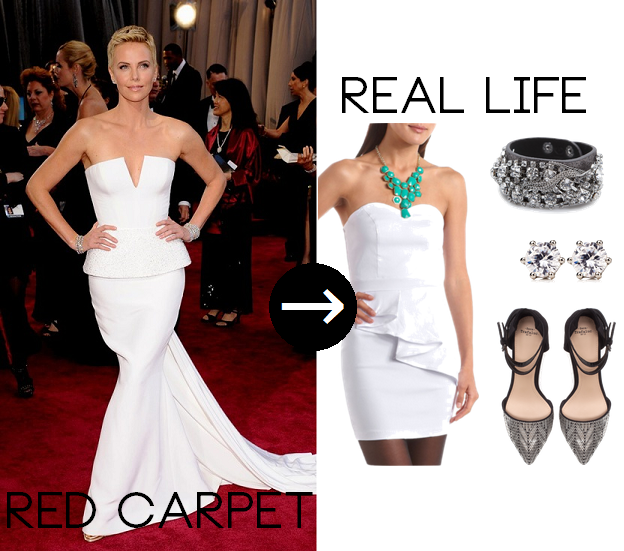 The Oscars is Hollywood’s biggest night, and nearly every A-list star turns out to celebrate, whether at the actual awards show itself, a viewing party or the famous Vanity Fair after party. No matter if they were nominated, presenting or just attending, each star made sure to look their absolute best for the most important red carpet of the year. One star who showed up ready to wow was presenter Charlize Theron, who looked literally white hot in a stunning white Dior Haute Couture dress.

Charlize’s sleek gown had a simple silhouette that exudes sophistication, with the v-neck at the top adding some visual interest, as well as the sparkling peplum accent that is right on trend. The detailing on the peplum adds a unique touch to the dress and adds the perfect amount of embellishment to this clean look. Charlize accessorized with simple diamond studs and a few bracelets from jeweler-to-the-stars Harry Winston, which provided just enough bling to keep this look interesting but kept the focus centered on her knockout dress. 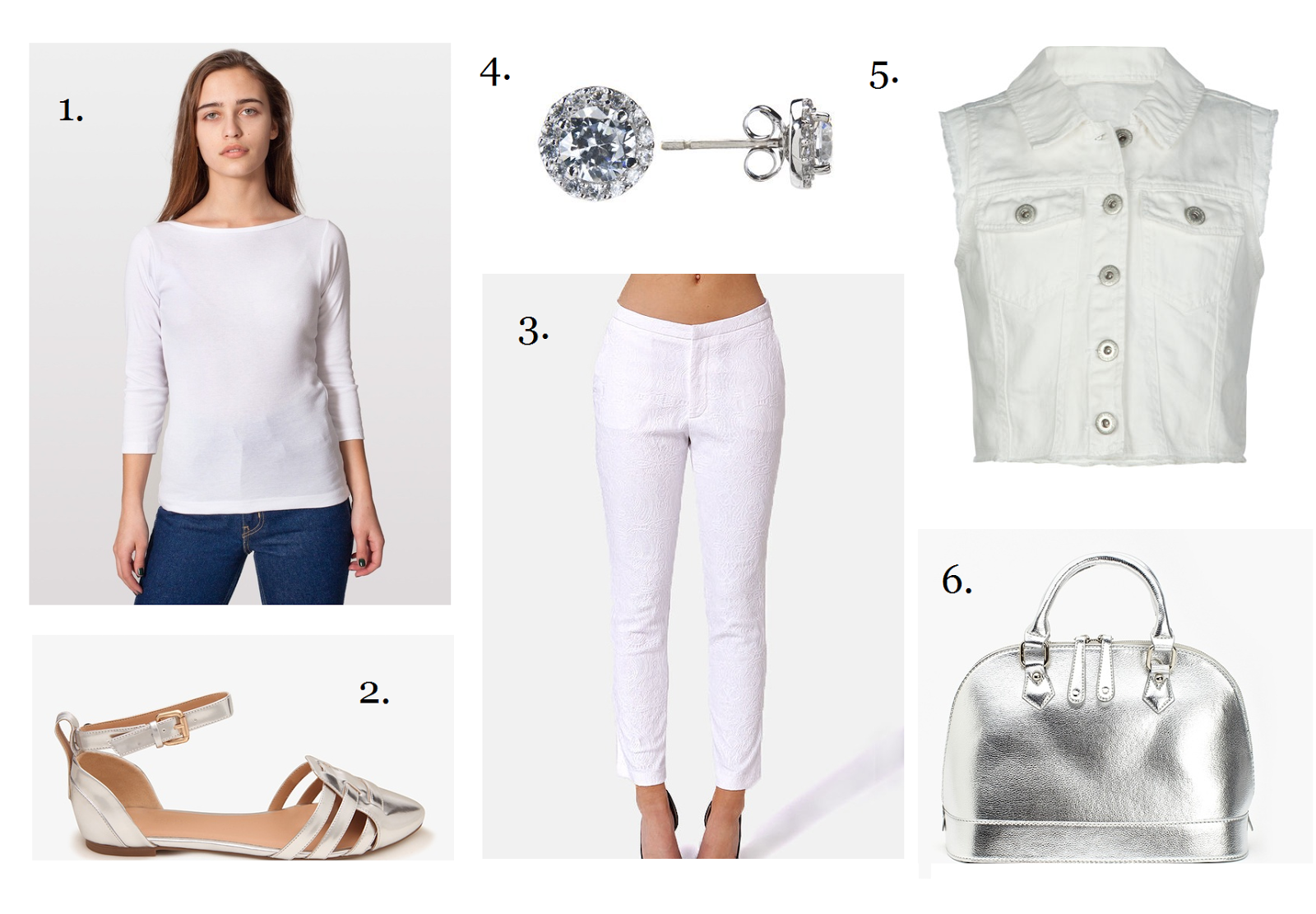 This all-white outfit is a super bold look, and if you can pull off all-white, you can pull off anything! Take a cue from Charlize, and show off your curves as well, starting with a tight white tee with an interesting neckline, like the v-neck on Charlize’s original gown. A pair of skinny white pants with allover jacquard detailing make a subtle, yet pretty statement, and the different texture gives the eye something to admire, much like the embellishment on the peplum of Charlize’s dress. If you want to add a little more depth to the look, throw another layer on top, like a shrunken denim vest.

Charlize accented her snow white look with a little bling, brought in by the classic diamond studs. For everyday wear, a few silver accessories do the trick. Some fun silver flats and a sleek bag add that pop of metallic but don’t distract from the stark white of the overall look.

For makeup, Charlize went super simple to go with her dress, and doing the same with this outfit is also a great idea. Or, if you’re feeling daring, a metallic eye or a bold lip (think pink for spring) would also be a fun accent to this fresh look.