Posted by Kaitlyn on 7:30 AM in 5 Reasons We Love Fashion Mallory Feeney | Comments : 0 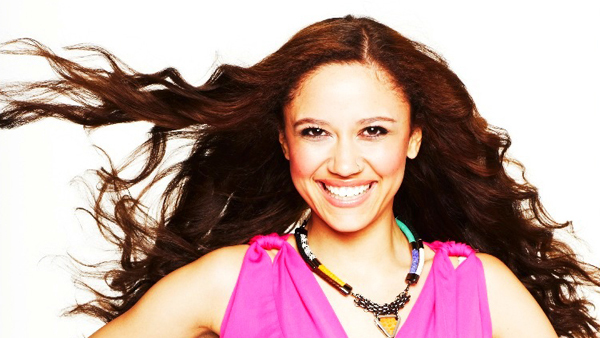 Zoë Damacela is stylish, business savvy, has her own successful clothing line and is only 20 years old! Founder and CEO of Zoë Damacela Apparel, Damacela is the model example of a college girl who has achieved her dreams through hard work and perseverance. It’s no wonder she also won the “Pretty Amazing” contest hosted by Seventeen last year!

Damacela is humble and imaginative, and she learned from a young age that her imagination could help her achieve her goals. When Damacela was growing up, she wanted a Razor scooter like many of her friends, and her mother said if she raised half of the money, she would pay the difference. Damacela and her mother often faced financial hardships, and an expensive scooter wasn’t something that they could afford. Damacela decided to set to work by creating and selling her own homemade greeting cards, and she was able to raise the money she needed for the $60 toy.

Today, Damacela not only maintains a thriving business, but she also is a triple major (history, costume design and Italian) at Northwestern University and a sister of the sorority Delta Delta Delta.

Read on for an interview with this inspiring young woman and to learn reasons why College Gloss loves Zoë Damacela. 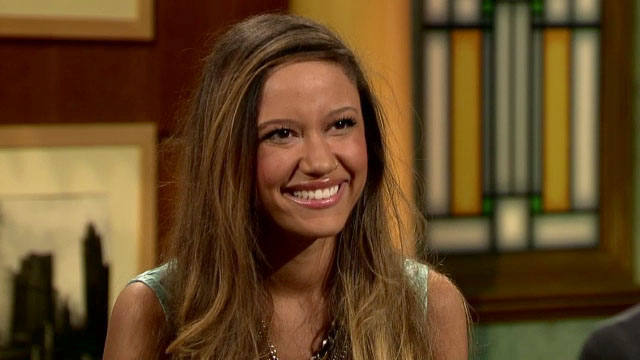 How has winning Seventeen’s Pretty Amazing contest affected your life?
ZD: It has completely changed my life. It has brought me a ton of media exposure, and it has helped me bring my message to a wider audience. It’s helped me to motivate and inspire teenage girls to go for their goals. What I’m most passionate about is supporting people who want to realize their full potential.

What went into the decision to enter?
ZD: Someone from Seventeen actually sent me an email about the contest. It was the first year the contest was being offered, and they thought that I’d be a good fit for entering after they saw me on a local show.

CG has also learned that you have an upcoming television show! Can you tell us about it? What can we expect?
ZD: It’s a pilot for a new show, so cross your fingers! It’s going to be about my career in fashion and some of the projects that I’m involved in.

Your custom fashions are amazing! Have you ever had a fashion show? Where is your dream platform for showcasing your designs?
ZD: I had my first fashion show when I was 14, and I’ve had shows from Chicago to Monte Carlo. I would most want to showcase my designs in other countries and to be more well known internationally, like in Europe and maybe one day in Asia.

What inspires your designs?
ZD: A ton of things! Before fashion, I was really interested in fine arts, like painting (watercolor paints) and drawing. Galleries and art classes have helped me to pick out colors and textures in my designs. A lot of everyday things inspire me, too, like I have a collection based off of an astronomy class that I took. I also did an Americana type of collection based after the American Revolution. A lot of random things really. Once I did a collection based on old drapes I found in someone’s attic.

Who do you look up to in the fashion world? Outside of the fashion world?
ZD: I look up to Tyra Banks, she’s my biggest role model. She really took me under her wing and was a big support when I was first starting out. She’s successful in TV, with books -- she’s taken her career in fashion to do a lot of other things, too. Also, a lot of designers in Chicago and everyday nine-to-five people, I look up to ... people that go to work all day and still do fashion on the side. My boyfriend, too. My boyfriend is a model, and he’s also extremely supportive. It’s nice that we both work in fashion.

You must have a jam-packed schedule with running your own business and triple majoring at Northwestern. What is a typical week like for you?
ZD: I try to keep my class schedule to Tuesday/Thursday. Wednesday I spend doing homework all day. And Friday through Monday I’m traveling for work, doing fashion shows, speaking engagements, interviews ... my schedule is so busy sometimes.

What advice would you give to entrepreneurs in college? Have you ever wished you had done anything different starting your business?
ZD: To pick something that you really enjoy. People tend to think that starting a business will make them rich, but you need to love it. Starting a business is a lot of work ... you should love it so much that you’d do it without pay. If you don’t love it, you’ll drive yourself crazy. Also, have fun! Outside of my career, I wish I balanced things more. Don’t miss out on the fun stuff, too.

You’re already so successful at 20 years old -- where do you see yourself in 10 years?
ZD: Probably starting another business. I also want to learn about the legal issues behind starting a business, so I want to get my J.D./M.B.A. Maybe I’ll start another business in fashion. I always want to be in a creative environment.

Where can CG readers get your designs?
ZD: Online at zoedamacela.com.

Zoë Damacela is a huge inspiration not only to CG but also to other media moguls and political figures. After winning top honors at the NFTE Chicago Citywide Business Plan Competition, she wanted to give back and help other young entrepreneurs beginning their own businesses. This caught the eye of President Obama, and currently Damacela is working with him on the Start-Up America Initiative. In July 2012, she won the Delta Delta Delta Women of Achievement Award.

Also, like many successful designers in the fashion industry, Damacela’s clothing line has evolved since its beginning. The line originated as funky, fun formal wear for teenagers and has become more sophisticated and cosmopolitan.

Zoë Damacela is smart, successful and is a great model for girls today who want to achieve their dreams. She creates and designs notable ahead-of-the-trend clothing pieces, and she has impeccable business skills. CG is looking forward to her bright future in the fashion and business world.