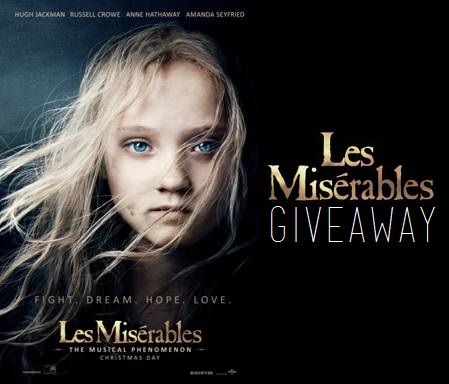 On top of my "movies to see" list this month is Les Misérables, a motion picture adaptation of one of my favorite books and musicals. Les Misérables features Hugh Jackman, Russell Crowe, Anne Hathaway, Amanda Seyfried, Eddie Redmayne, Aaron Tveit, Samantha Barks, with Helena Bonham Carter and Sacha Baron Cohen. With such a talented cast and timeless storyline, it's definitely a must-see.

If you're as excited as we are for the movie, you only have a few days left to wait. Les Misérables is in theaters on December 25, 2013! In the meantime, check out the official website, Facebook, and Twitter.

College Gloss has teamed up with Universal Pictures to give one (1) of our readers a Les Misérables prize pack featuring: 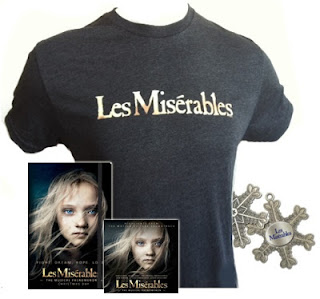 Here's how you can enter: