Posted by Kaitlyn on 7:27 AM in DIY Foodie International Foodie Rachel Davidson | Comments : 0 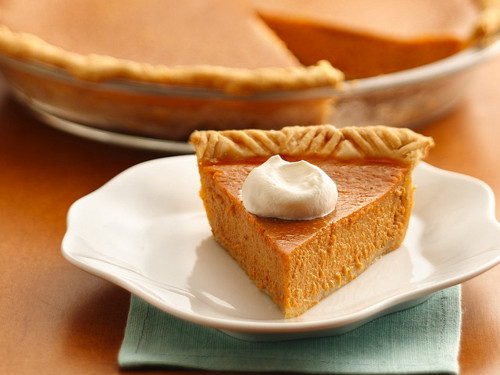 Canada is one of the last countries typically thought of for rich, decadent cuisine. Then again, not everyone knows what they’re looking for. Many Canadian dishes were adopted by the French, so their recipes share many similarities. The largest tradition that the United States shares with Canada is the celebration of harvest, which is commemorated with a symbol of autumn: the pumpkin.

Canadian maple pumpkin pie is a traditional dessert celebrated around the holidays of Halloween, Thanksgiving and Christmas. Using maple syrup as an ingredient is customary in Canada, which produces the most maple syrup in the entire world.

For this recipe, we’re going to use a store-bought pie crust. Feel free to make your own if you’re feeling ambitious -- but the popular “pate sucree” French pastry dough typically used in Canadian pumpkin pie takes about four hours to bake, and the same goes for pumpkin puree. For now, we’ll stick to the easy route.

3. Pour pie filling into the crust and bake for one hour.

Pumpkin pies may be served either chilled, at room temperature or slightly warm. Canadians top this treat with heavy whipping cream or brandy sauce -- or both! Enjoy this orange pastry alongside your Christmas dinner this year. While pumpkin pies may not be too popular come spring or summertime, truth is they are just as delicious year-round.