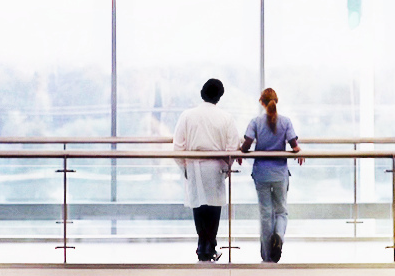 The cataclysmic death of fan favorite Lexie Grey on the Season 8 finale of "Grey’s Anatomy" began a domino effect of tragedy and defeat. Hardcore Grey’s fans were anxious to watch the aftermath of the accident and dreaded finding out who would die next.

In the Season 9 premiere, we saw Eric Dane’s character, Mark Sloan, in a coma at Seattle Grace awaiting his fate. As we watched impatiently, we desperately implored him to wake up. Nevertheless, McSteamy’s fate was a heart-wrenching death. During and after the premiere, passionate fans responded to the show on Twitter. These were some of the most disturbing tweets directed at the show’s creator, Shonda Rhimes.

“Shonda Rhimes, if I see you I’ll kill you.”

“If Shonda Rhimes kills off Mark Sloan, I will go to her house and punch her in the face.”

“Raise your hand if you’ve ever been personally victimized by Shonda Rhimes.” 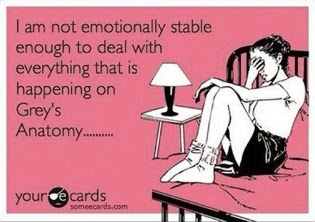 Although Rhimes did not respond to any of the delirious tweets, she acknowledged a few fans’ psychological agitation -- passionate is an understatement -- by writing a detailed explanation as to why Mark Sloan and Lexie Grey had to die. Ultimately, Rhimes revealed that Lexie Grey’s death is one that “haunts” her. Her goal was to have soulmates Lexie and Mark reunited in the afterlife. To read her full statement, check it out here.

Little did we know, Mark Sloan had woken up prior to his death, which was revealed during the second episode. This gave closure to many fans because it was clear that Mark had been conscious and even happy prior to his death. He was in what the doctors called a “surge,” or in layman’s terms, a sudden increase in good health before his death.

Moving on, we learned that the plane crash had left Christina and Arizona emotionally disheveled. Christina was in a violent state of psychosis for weeks and unable to speak. And Arizona was bitter and blamed Karev for the infection in her leg, which was later amputated.

Surprisingly the only person that kept it together was dark and twisted Meredith Grey. She was Derek Shepherd’s glue. Meredith, often seen as the sole protagonist of the show, is fighting to hold her team together, which makes us question how long it will be until their temporary sanity expires.