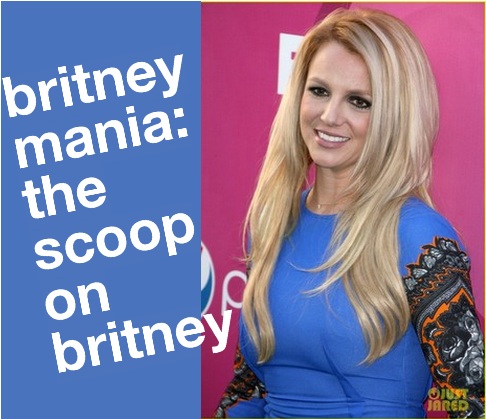 The month of September was Britneymania on primetime television. Most of the past five years of Britney Spears’ life have been a mystery to the public, and her addition to "The X-Factor" judging panel definitely came as a surprise to, well, everyone.

Before the "The X-Factor" auditions began, there was much speculation about how Britney would handle herself as a judge. Everyone wondered if she would crack under pressure. But, to viewers’ amazement, Britney proved highly entertaining to watch. Channeling an attitude inspired by fellow judge Simon Cowell, she was not afraid to frown and show her outright disgust, disappointment or excitement.

Overall, Britney seemed to easily settle into her role. Maybe because of their similar judging styles, she appeared most comfortable with Cowell. In one instance, he even teased Britney after the singing duo Jeremiah and Josh performed an original song. “Your voices are magical,” Britney says. “When you sing you have a really nice, soothing sound and I wish you could wake me up in the morning.” Her comment backfired, Cowell pointing out that her fiancé is in the room. But, Britney defended herself by insisting that she wants them to wake her up as an alarm clock. Watch the clip here.

Another highlight was the first day of auditions. Click here to view the compilation of rejections Britney gave out to contestants. In an interview with Ellen DeGeneres, Cowell revealed that he’s never seen anybody say no so quickly.

Aside from being "The X-Factor’s" biggest star, FOX is truly embracing Britney’s icon status. "Glee," which comes on after "The X-Factor" on Thursdays, prepared another Britney tribute. This time around, the episode included more exciting songs such as “Womanizer,” “3” and “Crazy.” Two favorite performances came from Rachel Berry’s rendition of “Oops I Did It Again” and from the "Glee" club’s interpretation of “3.”

What really caught viewers’ attention, though, was the episode’s premise. The first Britney tribute honored her success and sexuality, while this time, Brittany S. Pierce (note the -ttany vs. -tney spelling difference) is officially going through a meltdown mirroring Britney’s bout of crazy circa 2007-2008.

The storyline was inspired by Britney’s dark days to showcase Glee’s incoherent Brittany. In one scene, the character is chased down by a school reporter and she hits him with a blue umbrella, portraying Britney’s similar outburst caught on tape in 2007.

Finally, Brittany hits rock bottom when she does an interpretation of “Gimme More” at The McKinley High assembly. During the performance, she wolfs down Cheetos, barely moves and is completely detached.

It is no surprise that many people found "Glee’s" take on a “tribute” tasteless, while others simply enjoyed the music.

Overall, Britney seems extremely happy, and after quite some time, she is finally giving the world a piece of her self.