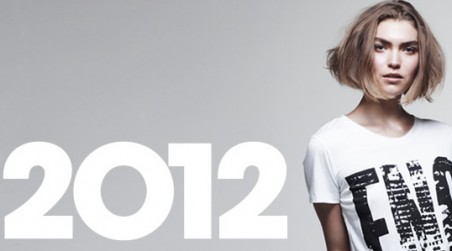 As if the streets of NYC aren’t already packed enough, the city should make way for an overload of fashion fanatics soon-to-be gracing their sidewalks. Not only will the fourth annual Fashion’s Night Out be taking place, but the city also will be holding two fashion blogger conferences days before the event.

On September 4, Independent Fashion Bloggers (IFB) will hold its seventh annual #IFBCON, which is noted as the only conference created by bloggers for bloggers. Last year’s conference brought in some of fashion’s most coveted innovators such as Elle magazine’s creative director Joe Zee. It also yielded sponsors such as Missoni for Target and Aldo. With guest panelists not yet released, we’re sure that this year’s line-up will top IFB’s 2011 conference (as if Joe Zee wasn’t enough).

As IFB heads into day two of its conference, popular fashion magazine, Lucky, will begin its second annual Fashion and Beauty Blog (FABB) Conference. Last year, the conference included guest speakers such as Zach Posen, the Kardashian sisters and Tory Burch. As this year, promising to be better than the first, I’m sure that attendees are itching to see who the fashion publication has invited to FABB. If the guest appearances aren’t convincing enough, it should be noted that those in attendance last year also had the chance to snag some pretty sweet gifts such as J Brand jeans and Converse sneakers.

Each conference is a two-day event, leaving attendees without much time to sleep. Both are set to include workshops featuring topics on the ethics of blogging, advertisement and more. Attendees also can expect plenty of cocktail parties, giveaways and even a planned shopping experience.
Those who want to attend should visit the sites of each conference for further details. Prices for #IFBCON range from $125 to $600. Those who want to attend the FABB conference have to go through a special process to gain access to prices.

Even if you can’t attend, each conference will have live streams of select workshops as well as post updates via their social networking sites.