Posted by Liz on 8:00 AM in Fit Kimberly Suchy Lifestyle Pop | Comments : 0 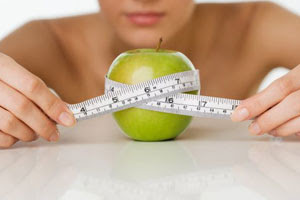 At an age when Whole Foods is fashionable and veganism is venerated, it is only natural to adopt healthy eating habits. But if all you’re consuming is carrot sticks and celery stalks, an obsession to resemble your veggies’ slim silhouettes may begin to consume you. Repelling the American stereotypes of obesity and over-consumption, young women often develop a type of eating disorder that is less distinct than anorexia or bulimia. Characterized by an unhealthy fixation on healthy eating, orthorexia is the result of compulsive diet restrictions.


Coined in 1997 by Steven Bratman, M.D., the term orthorexia is still not formally accepted by the DSM-V, a resource used by mental health professionals to diagnose and research disorders. Scientific knowledge of the disease is limited and most doctors disagree with giving patients a separate diagnosis, connecting the symptoms to an anxiety disorder or the early stages of a different eating disorder.

Cynthia Bulik, director of the eating disorders program at the University of North Carolina at Chapel Hill, tells TIME Magazine, "We don't want people to be mislabeled and not get the care they need because they're actually on the slippery slope to anorexia."

In order for people to actually get the care they need, orthorexia does need a separate diagnosis. Unlike anorexia and bulimia, othorexics do not limit the amount of food they consume, and they do not harbor any guilt about their restrictive eating habits. Conversely, people with orthorexia are proud of their ability to maintain such “healthy” lifestyles and scorn those who are so weak as to consume junk food. Their disorder is made harmful by their rigid restrictions to specific foods (such as a diet limited to fruits and vegetables) and concerted focus on what they eat each day. Orthorexics need to be made aware that their restricted eating is not healthy, and to receive the proper psychological attention so that their obsession over food does not spiral into serious medical problems.

When people have orthorexia, they often fail to receive certain essential nutrients, depending on their individual diet restrictions. If a girl who is afraid to consume fat, for example, completely cuts dairy and cheese out of her diet, she could develop osteopenia, a precursor of osteoporosis triggered by her avoidance of calcium. Anemia is another common health defect caused by orthorexia and is acquired by a deficiency of iron.

Once orthorexia is diagnosed as a problem, the effects of the disease have often already consumed the inflicted person. An orthorexic often becomes socially isolated because they plan their life around food and have little room for anything but tracking their food intake. They forget what is truly important in the world and begin to lose the spice in their life.

Dr. Bratman, who went through orthorexia, states, “I pursued wellness through healthy eating for years, but gradually I began to sense that something was going wrong. The poetry of my life was disappearing. My ability to carry on normal conversations was hindered by intrusive thoughts of food.”

If you think that you or a friend may be developing signs of orthorexia, here are a few questions to ask yourself:


If you answered yes to at least two of these questions, you or your friend could be in danger of being orthorexic. It is important to consult a school psychologist if this is the case, and admit that your obsessive healthfulness is a diagnosable problem.

It’s okay to want to limit your intake of potato chips or candy, and it’s great to implement healthy eating into your everyday lifestyle. Whatever it is that you’re eating, though, you shouldn’t let food consume your life, or you’ll miss out on truly living.

I’m not saying you should go back to your dorm and devour an entire pizza after class, but know that it’s okay to eat a cheeseburger every once in a while.