"Wrap It Up" This Holiday Season 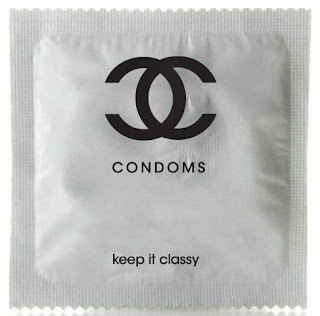 It’s officially the holiday season and gift giving is a major component of that. However, be careful of the gifts that you give this season. And yes, I mean that in a sexually suggestive way. Fall and winter or, “cuffing season,” as we like to call it at Hampton University, is the time for couples to cuddle up and spend time with each other. Have caution, there is nothing wrong with spending time with your boy in an extra romantic way, but just like his Christmas present, make sure you wrap it up!

Rodale reported that 53% of young adults in the United States are having unprotected sex. Having unprotected sex makes you more likely to succumb to sexually transmitted diseases like Chlamydia, Herpes, Gonorrhea, Trichomoniasis and AIDS. Is going without a condom worth the risk? I think not. If you are responsible enough to have sex, be responsible enough to know the risks that you are taking and how to prevent them.

Sex is not something that should be taken half-heartedly; it’s a serious matter. When you feel that you are ready, hopefully you and your guy discuss having sex before it happens. But if you haven’t talked, to prevent a, “it was spur of the moment and neither of us had one,” incident, I suggest that you keep some of your own. There are many different kinds of condoms, but any kind is better than none. Female condoms, flavored condoms, regular condoms – just pick one and use it!

While giving gifts this holiday season, remember to put your health first and wrap up the gifts! Don’t waste a few moments of pleasure for a lifetime of unhappiness because you were too embarrassed or scared to tell your guy to wrap it up. If you need help on how to approach your guy about wearing one, or if you have questions in general, Avert has all the information you need. Just remember, use caution when gift giving this holiday season!