Clean it Up: The Do's and Don'ts of Social Media 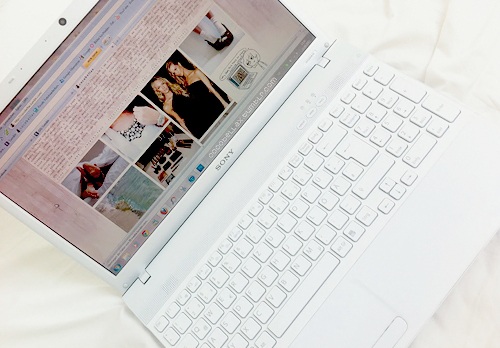 Everyone knows that this is not the best time to go job hunting, but you can’t stay at home with mom and dad forever! Jobs are becoming so scarce that employers have the opportunity to be as picky as possible. Of course your resume, portfolio, recommendations, and overall appearance and personality matter; however, social-networking sites can end a career before it even begins.

All of you on Twitter, Facebook, Tumblr, and even those of you still rattling around on Myspace, make sure you keep it clean! Many employers are asking for Facebook and Twitter information. What you say on the internet can remove you from the prospective employee list to the “thank you for your time” list.

If you wouldn’t introduce yourself as such at the interview, then it is probably a good idea not to put it on a social networking site. For example, unless you are applying for a job in a strip club (where they most likely don’t care what is on your Twitter or Facebook) it’s probably not a good idea to name yourself anything suggestive like, @LegsIntheAir, on Twitter. Triple and Quadruple names on Facebook are not professional either. Samantha LongHairDon’tCare Brown, is probably not what your employer is looking for, unless you plan on selling hair extensions and wigs.

It may be cliché but remember that a picture is worth 1,000 words and there are two things that can ruin yours; drugs and sex. There is no harm in having a night out with your friends, but remember that the entire world does not need to know the details. In fact, it is better to list your pictures as private to everyone, except the people tagged in the pictures. As for profile pictures, hide the red cups and vaporize the smoke! Your profile picture is supposed to represent you. Although you in a slightly skanky shirt arms wrapped around a few guys with red cups may remind you of a good time, pictures that suggest you may not be a trustworthy employee will not make you look like the best candidate for the job.


Finally, be careful what you say! I know that Twitter and Facebook allow users to make their profiles private, but giving your employer your information will expose a lot of things that you may not have thought of. Typing in a twitter name on Google will release every tweet anyone has sent you or retweeted mentioning you on any open accounts. Facebook is open game for anyone. Remember how small the world of social networking is! I work as a camp counselor during the summer and my boss follows all of his employees on Facebook. This summer he had to fire someone because of what she said to a camper on her wall that included the name of our workplace. The smallest incidents can have the biggest effects!

Recognize your faults and clean up your page. Social networking may have started as a way for friends to connect over the web, but the job market is keeping a watchful eye.