After the Honeymoon Phase: Why Are We Fighting? 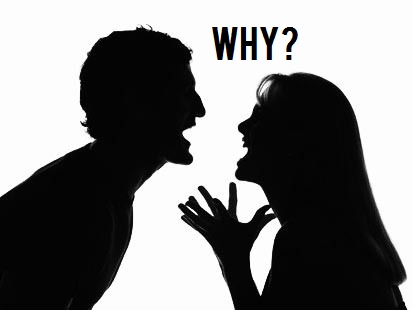 In a new relationship, things are exciting and fun. There is hardly anything that bothers you about the other person. Give the relationship 6 months and things are certain to be a little less lovely and a bit more chaotic. Not to say that you and your significant other are doomed after half a year, but oftentimes people stop and think, “Is this the time I get off the boat, or stay for the entire trip?”

By this time in the relationship, the two of you are comfortable around each other, but there are things that now annoy you that you may not have noticed in your love-struck beginning. Most likely it something small, like the fact that he leaves a mess of his belongings every time he comes over. Or maybe you come over and cook dinner, but leave all the dirty dishes for him to clean up. Whatever it is, try not to let it get in the way of the relationship.

Couples often fight over small things that are truly not important. Many arguments are pointless and by the end, how many of you can honestly say you remember why you were fighting in the first place? Here are a few ways you can use a little self-control to fight less with your SO:

If you know you want to stay with him, instead starting a fight, do the opposite and do something loving to bring you closer together, rather than breaking you apart. You might be surprised how far a little self-restraint goes!