Ask Glossie: Eight Things to Not Tell Your Parents About Your Partner

A friend of mine was dating a guy, and they had hit the time milestone where you introduce your boyfriend to your parents. As she filled me in on this rendezvous, it sounded like everything went great! Her boyfriend and dad talked about sports and seem to be forming a mutual respect for the other; that is until her boyfriend left. Instantaneously, her dad was saying how her boyfriend was lazy, unmotivated and basically a waste of time. (I don’t think it helped that her boyfriend was 22 and didn’t have a college degree) 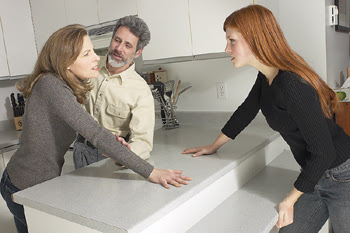 So, I asked my dad what else a parent would never want to hear about their daughter’s boyfriend, and he gave me this list!
If your current love fits any of the above criteria it’s probably best to not tell your parents!

Have you ever accidentally spilled too much information about your new partner to your parents before? What was their reaction?!