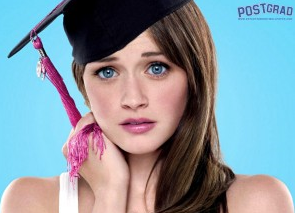 A lot has changed since I graduated college last May-- I moved to Boston, I found my first real apartment, and I accepted a job at a firm writing for five magazines. I have a lot to be grateful for; the journey I’ve taken within the last year has forced me to come into my own. But the growth I’ve experienced wouldn’t have been possible without a few speed bumps along the way.

I was driving up the Mass Pike this morning, when my boyfriend summed it up perfectly. He has a knack for doing that: looking at a situation in a more simplistic manner. And today, it resonated with me.

I sat there. I tried to come up with a witty comeback, but I knew he was right (and so did he). No matter how much we try to deny it, women are prone to jealousy and gossip, the degree of which changes once we’re forced to grow up.

I’ve always had an eclectic group of friends. In college, it centered on the school newspaper. We were collective and even clique-like; we formed a special bond sitting in the computer lab until midnight, perfecting issues of the newspaper time and time again. But as graduation creeped closer and closer, something changed.

Competition surfaced, but it was sneaky. A snide comment here and there, clearly stating how someone applied for the same position you did. I noticed relationships were changing, but instead of handling it with grace, I resorted to a poignant Facebook message. I wanted to know what I did wrong, why I wasn’t invited to a good friend’s graduation party, and why she couldn’t recognize that infringing on others’ internship outlets, job leads, and freelancing gigs was rude and disrespectful. I was blatantly honest, but I wanted to talk it out. The problem was that she didn’t.

Graduating college nowadays elicits fear, insecurity, and a rather hostile sense of competition; the economy plays a large part in that. Friends share projects and job leads with each other, and some don’t think twice about going after the same position. Even up until a few days ago, I still couldn’t wrap my head around it; my former friend, to this day, keeps piggybacking on freelancing projects and various outlets.

But then it hit me. Being a college grad, no matter that state of the economy, will always be a life-defining period. We’re discovering who we are, and we don’t want to fail. Some of us forge our own paths, and others find it easy to follow when they see we’re successful. And relationships change as a result of that.

Today, I have an amazing boyfriend who is my best friend, and a close group of girlfriends. Some are fellow journalists, and we gladly share outlets and projects with each other. The difference is, we’re respectful of each others’ career paths, and we help each other out. I’d be lying if I said relationships stay the same after college-- they don’t. But what I can say is that this is a period of growth and discovery, and by choosing to look at every situation with a silver lining, you’ll be better for it.