Royal Wedding: The Tidbits You Should Know

Last night, the royal wedding was not on the top of my priorities list. In fact, I planned on sleeping right through it and glancing at a few pictures in the morning. Somehow, however, I found myself glued to the TV screen at a ridiculous hour in the morning, watching Catherine "Kate" Middleton and Prince William waving royally to estatic crowds. 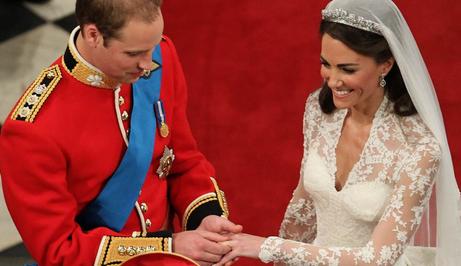 It's probably the romance that sucked me in. She's a commoner who married a Prince, who also happens to be her college sweetheart. She's wearing a beautiful dress, and at what other time do I have a reason to gawk at the royal family out and about in royal get up? It's also the biggest and most extravagant wedding I'll probably ever see, even if it was only on TV.

We know not everyone is as crazy as I am, so here's my royal recap:

Did you stay up for the royal wedding?
By: CG Staff | Image: Source | Sources: BBC