Dating Within Your Dorm: The Good, The Bad, The Awkward 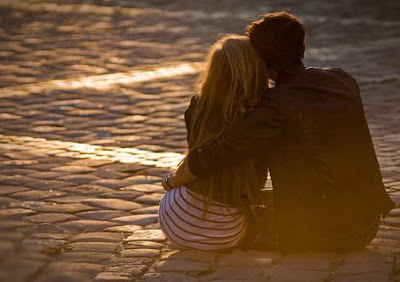 If you live in a co-ed dorm hall or apartment building, you've probably already scoped out the cute guys in your vicinity. Maybe one has caught your eye and you've been hanging out. What could be better? You guys are just down the hall, so you can see him anytime without even changing out of your jammies. You see him all the time as it is...

Girl, stop right there and think about it for a second. You see him all the time. What if things don't end up working between you two? That's right, it will be awkward. Let me clarify: it will be awkward because you won't be able to avoid him.

In my sophomore year, there was a guy who lived a staircase away, who for better or worse led me on for the better part of a month and a half. I saw him every single day and there was flirting and cuddling involved. I won't get into details, but one day he just stopped talking to me. You probably know what a douche move this is, but consider this: I still had to see him every single day. If I never had to see him again, I would have just let it go. Considering I had to see him all the time, I confronted him (like the desperate romantic I was, I believed he would at least give me an explanation - he didn't.) The worst part, however, was that we had mutual friends. I couldn't just blow by him in the halls; we all still hung out together sometimes. And there he was, flirting with a different girl right in front of my face. It sucked.

In the end, he apologized and I got over it, but was a ridiculously awkward few months and I ended up growing apart from our mutual friends. If you're willing to take the risk, go for it, but take a moment to think about it before you plunge into what could be an awkward few months.